When Dad Was Sick – Part Eight

I can’t stand being around my parents when they’re together.  My mother hovers hovers hovers and fusses fusses fusses.  She can’t leave anything or anyone alone and just let them BE.  She has to be on them all the time and it’s especially hard to watch now with my dad.  He got his pills at 8 or so this morning.  The clock radio he wanted by his bed went off and started playing music and she was laying in there and I heard her bitching “turn that music off!”  Well, he was still sleeping, but her lovely, strident voice and bitchy tone woke him up.  She didn’t know how to turn it off so she unplugged it.  And she also unplugged the lamp.  I showed her how to turn it off in the future, not that she could see the button and then she couldn’t plug the lamp back in so I had to do it. 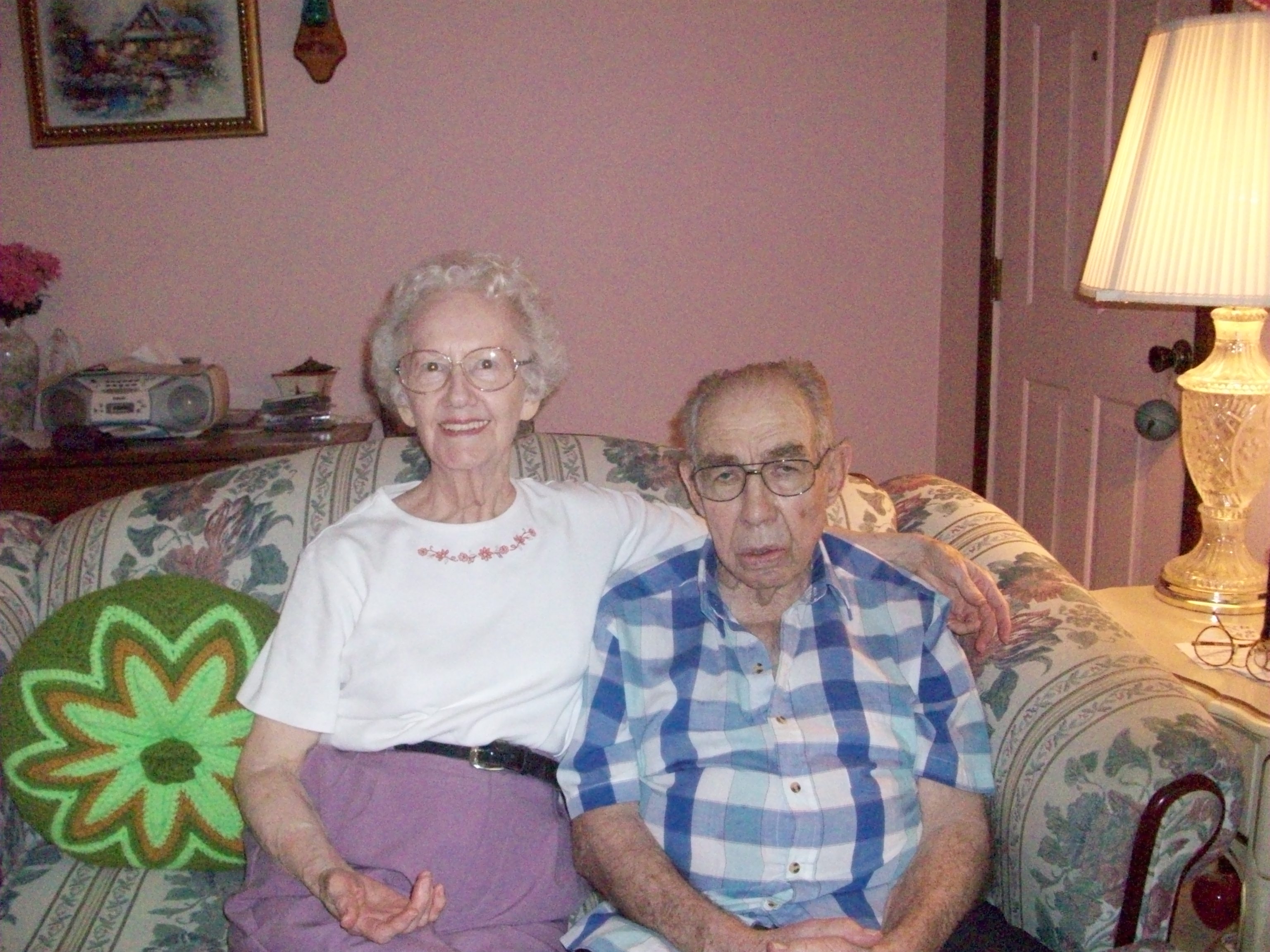 Then she’s in there talking to him about Steve leaving this morning in minute detail.  What time Steve got up, how she made him hotdogs to take with him and a plain one for the dog.  Trivia on top of trivia which I’m sure my dad found fascinating and stimulating just as he has found most of her conversation for the past 50 years or so.

So then she gets him dressed, pushing and prodding.  He comes out with his belt hanging out of his pants and makes it as far as the chair by the fridge and sits down where she continues to goad him about going to the bathroom.  I gave him some liquid morphine and he sat there and she stood there waiting for him to get up, which clearly he needed to rest a few minutes before the slow and laborious trip to the bathroom.  He gives me this sad desperate look, like please help me.  But I know if I say anything to her, she’ll get pissed off and then I’ll be the bad guy and it will create more tension for him and he doesn’t need that, so I didn’t do anything or say anything.  I cut up some Ativan and then I came back here to my room and my computer to vent.  So he made it to the bathroom and now she’s making him eat even though he said not ten minutes ago that he wasn’t hungry right now and I’m sure he isn’t.  But she’ll force him to eat anyway.  I can’t decide if this is a good thing or a bad thing.  The hospice literature says not to force patients to eat when they don’t want to and not to make them feel guilty for not wanting to eat.  But she doesn’t know how to do anything but make him feel guilty, so I guess that’s not going to happen in this scenario.  Besides if he eats prunes and bran flakes that’s like medicine anyway.  Keep his bowels moving hopefully.

Yesterday Kevin came over and we went to church and then we got lunch at Marla’s.  I had a taco salad.  It was pretty good.  I suggested to Mom that she get a lunch and share it with Dad because you know neither of them can finish a whole lunch.  She said to get something besides crispy chicken, so I got chicken fried steak.  Steve bought all of the chocolate cookies they had and a cheeseburger sans bun for Molly.

Of course Dad didn’t want to eat.  Then I wanted to go to Joplin to get my markout so Steve drove over there with me and we did that and got the car washed by some kids who were trying to raise money for a scouting camp.  Whatever.  For $5, they rinsed the road dust off it and cleaned some of the bugs off it.  I can’t find a hose around here to wash the car anyway and it was sort of bugging me as it’s been driven a lot without a wash.

Then Pat Wagner came over and we sat outside and had a few beers with him.  He had said when I saw him at Ron and Maria’s that he’d been meaning to stop by and see Dad but he just hadn’t done it.  It was good of him to do so.  Then Clem and Lenore came because I’d talked to them at church that morning.  Clem didn’t know if they should come or not and I told them of course they should, even if Dad didn’t feel like getting up that Clem could go see him in his room.  But Dad got up and came out and sat down.  Then he went to get up and his pants fell down because he’s lost so much weight and he didn’t have a belt on.  I told him he should use the suspenders Kevin brought him and he said, “It’s a little late for that, don’t you think?”