That evening we retrieve our three remaining aunts on Mom’s side and meet up at the Sirloin Stockade in Carthage which is where we always gather with them. Mom’s sister, Maxine is 95. Martha and Anna Lee are both 80-something. 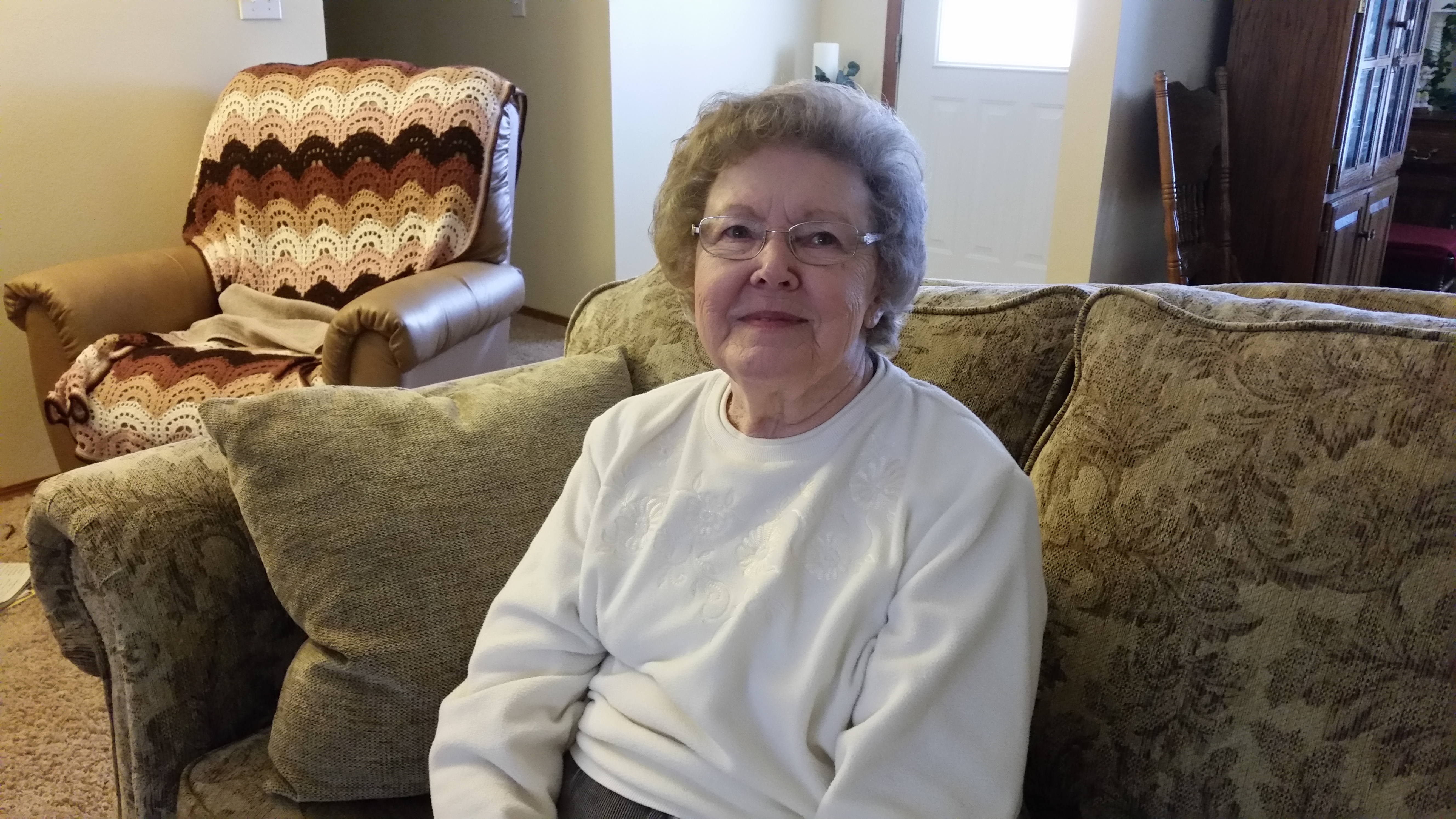 All three are independent widows and live alone. It isn’t easy to visit when there’s so many of us and some of us are hard of hearing, but it’s great to see them and the Stockade’s buffet offers many delicious choices as always.

Maxine, was always our favorite aunt, probably because she never had children of her own. She’s one of those people you can talk to about anything. She has begun to falter. Not physically, but her memory. On the way home (an 18-mile drive on dark country roads) she says repeatedly, “I’m glad we’re having such nice fall weather for your visit,” or some version of that phrase. I mention it to Steve after we drop her off. He says, yes. She said that eighteen times. He was counting. Once for each mile we drove, I guess. 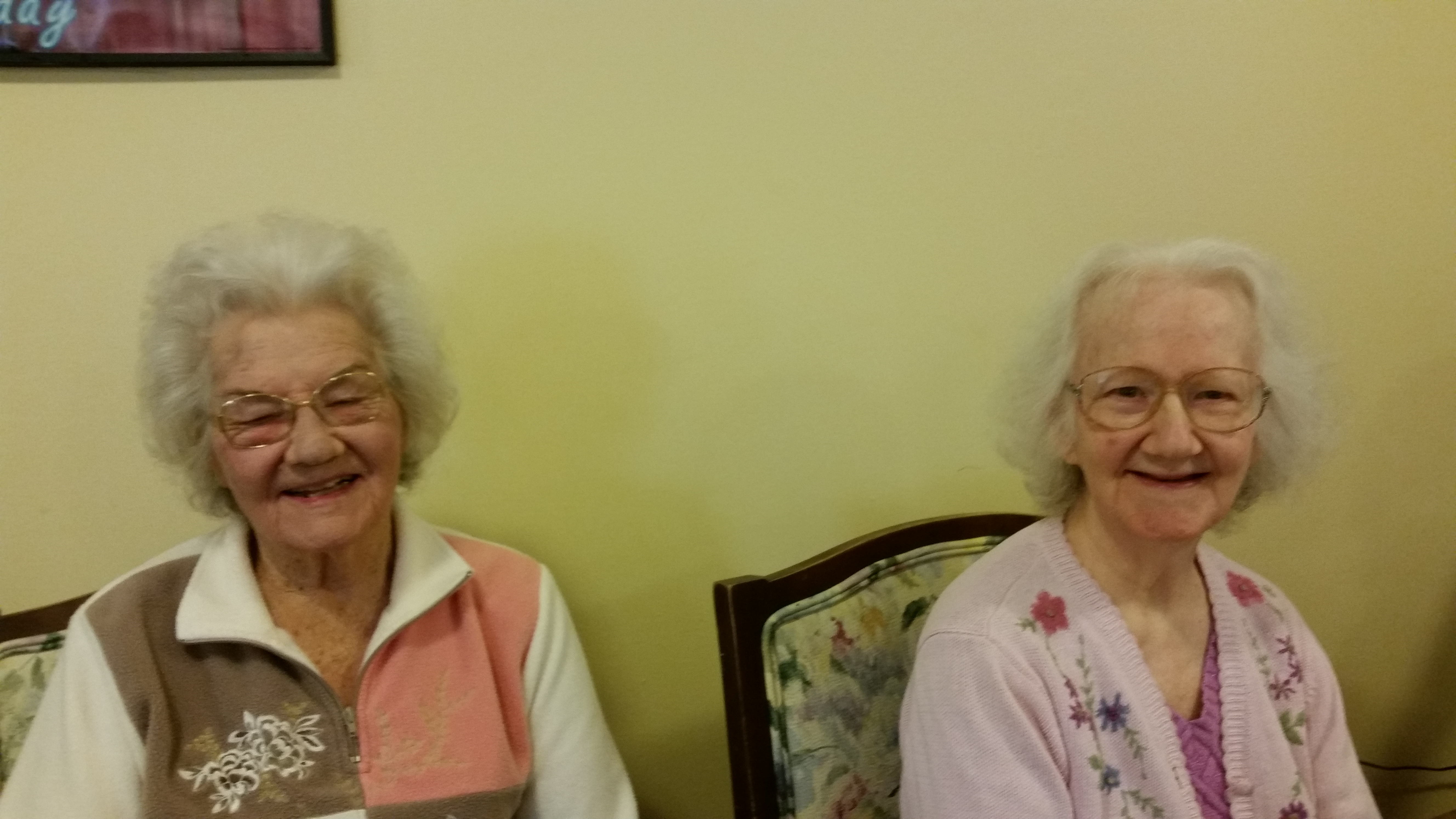 Friday morning it’s crisp and cold, in the low 40’s. Chris and I walk to the square and on to the town’s only grocery store. Sarcoxie is dying, but it’s still gasping for air. A restaurant that seems to change hands each time I visit is now offering Chinese fare. We buy breakfast stuff. Steve is shocked that we walked all the way to the store and back. “But it’s uphill,” he says. “Both ways,” I agree. (It’s really not that far and the company was good.) Chris makes breakfast and Maxine joins us. Then we go to visit Mom.

She is at her place in the dining room waiting for lunch. It is a bit awkward but fascinating to watch the residents gather for lunch. Mom doesn’t really know who we are but seems delighted to have visitors and is all smiles. She seems to “remember” who Maxine and Steve are once she hears their voices.

There are about 20 residents gathered in the dining room, 11 of whom are in wheelchairs. The staff seems efficient and the residents are ready for their juice. Mom’s roommate Frances appears to be asleep but an aide puts a straw to her lips and encourages her to drink and eventually she does.

Maxine leans over to me at one point and says, “I hope I die before I end up in here.” This is funny to me because Maxine is probably older and healthier than most of the residents there.

Maxine’s boyfriend Vance resides in the assisted living wing of the same facility. We planned to visit him, but he’s not there. Vance has macular degeneration and is nearly blind, but when Steve calls him we learn he is playing golf with his son. So we go to WalMart. Steve shops for Maxine. She doesn’t brave the walk around the store, but sits on a bench with Chris. He buys Chips Ahoy cookies and mint lifesavers for Mom. We go visit Martha for a little while. Afterward we stop at Wendy’s for lunch. At Wendy’s, we are all considered senior citizens and our drinks are free. This, I am learning, is one of the many benefits of growing older.