I always approach my trips to Missouri with a certain amount of reluctance, but this year reluctance turned into dread. My mother had been moved out of assisted living to a lockdown nursing home ward and she hadn’t taken it well. A couple of months ago, according to my brother Steve who oversees her care, she was extremely depressed and barely got out of bed.  She’d also been taken off of two medications. Old people don’t respond well to change any better than the rest of us.

The choice became to go see her now while she’s still alive although she has no idea who I am or wait until I get the call about her funeral. My brother Chris who lives nearby, his wife Melonie and I decided to make the trip together. Maybe it will be better, I think, to be there with my siblings. But still I’m not looking forward to it.

The wind is blowing and the temperature is in the low fifties as we cross through the lot to our rental car. Wearing flipflops was a bad idea, but easier to remove for the security check. We are starving, and the closest place we can find to eat that isn’t fast food is 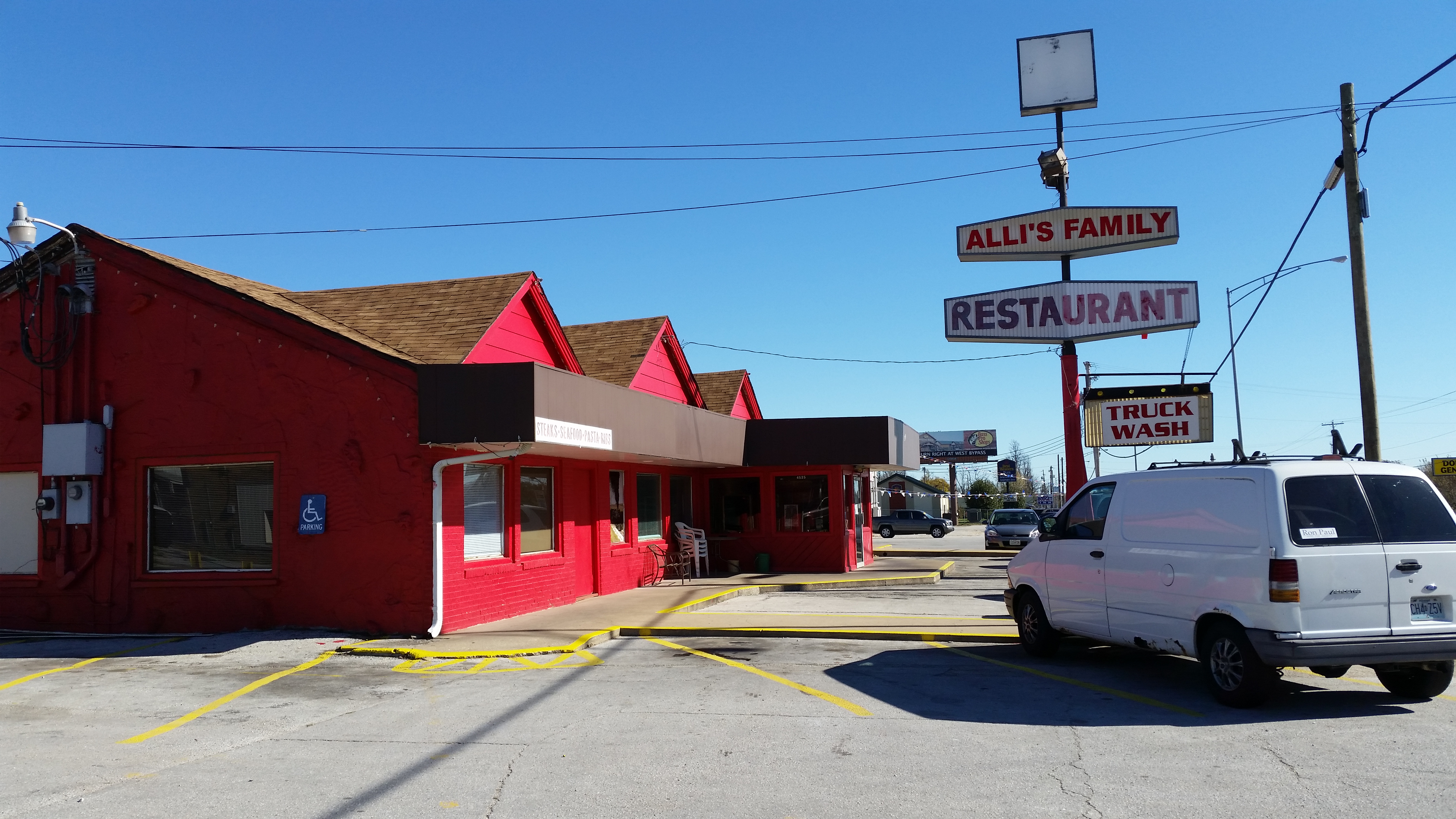 Alli’s Family Restaurant where, according to the sign, breakfast is served all day. I’m immediately intrigued by the Texas French toast but decide to order a breakfast sandwich instead. 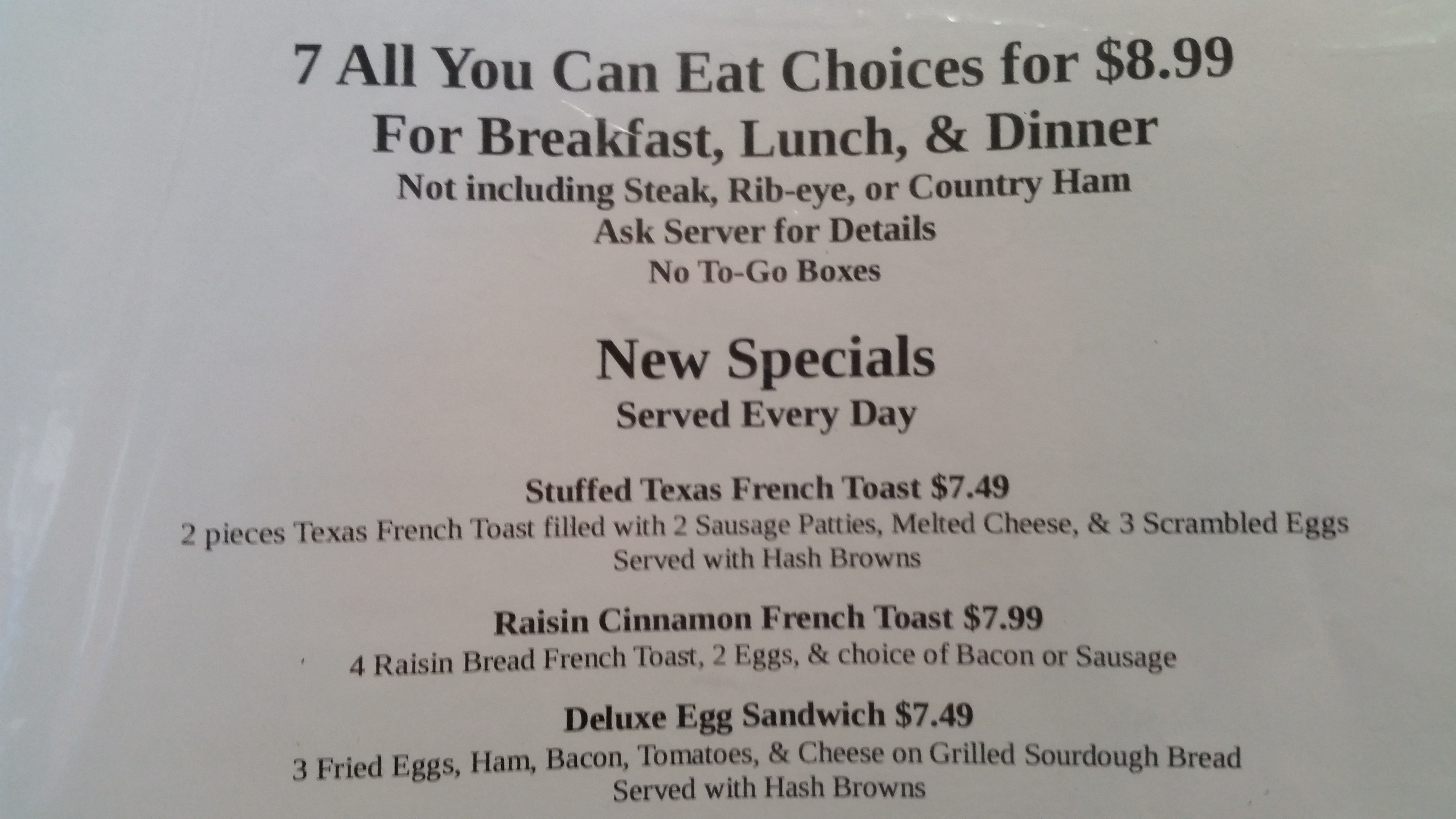 We all end up with huge plates of food half of which is crispy hashbrowns which extend over the edge. I dig into my sandwich with a fork because it’s piled high with so much ham I know I’ll never be able to eat it all. I’m more interested in the eggs and hashbrowns anyway. Our waitress wisecracks with us and wonders why I don’t finish my food. Is there something wrong with it? No, it’s just way too much. I keep picking at it and discover several strips of bacon buried under the ham. The bill is barely over twenty dollars for the three of us. Yep. I’m in Missouri.

We drive 50 miles in our rented Chevy Cruz to my parents’ house in Sarcoxie where Steve lives. Then it’s on to the nursing home in Carthage to see Mom. She’s napping when we get there around two o’clock. Steve pokes her and she wakes with a small shriek of shock. She seems surprised but delighted to have visitors and sits right up. Chris and I sit on either side of her and Melonie gets the only visitor’s chair. Mom repeatedly fusses that Steve should have a place to sit. Finally he perches on the nightstand. 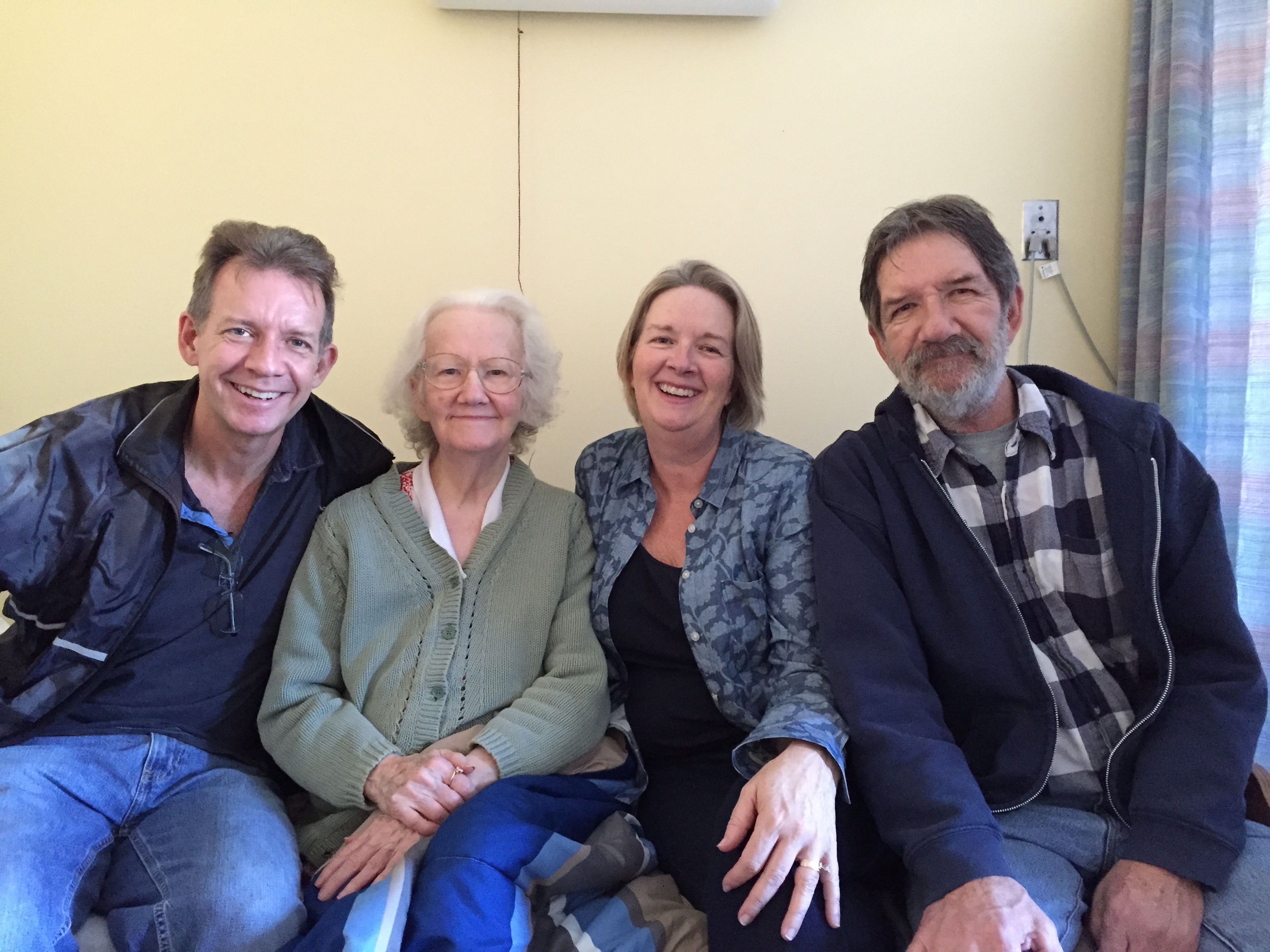 My brothers, Mom and me

Mom is more animated than she’s been the last couple of times I’ve seen her, I think. A result, I assume, of less medication. I rub her back because it’s my belief people in her situation don’t get touched enough. She says it feels good. At one point she looks at me and says, “Are you a nurse?”

Mom is very hard of hearing. Her hearing aids kept disappearing so we stopped replacing them. She’s lost her upper plate so appears to have no teeth (but this doesn’t stop her from eating).  I am shocked at how much she looks like my grandmother. Mom’s memory is gone. Macular degeneration has taken most of her eyesight. She’s almost 85 years old. The best way to talk to her is by speaking loudly in her ear. Otherwise she can’t really hear anything that’s said.

Mom’s roommate Frances is asleep in the bed nearest the window. She doesn’t wake up while we are there.

As we sit and chat, another resident inches her wheelchair in the door. Her hands are clasped together and she moves her chair forward with her feet. We all say hello to her but she looks like she’s in a trance. My mom says she comes in often but she doesn’t say much. She heads for Melonie’s sweater and purse which Melonie removes and tells her thank you. The woman doesn’t seem to notice but keeps trying to move her chair forward even after it gets stuck in the small space. Melonie moves the chair and turns the wheelchair around and aims it for the door. We all say goodbye. There is no reply.