Thursday is our last full day here.  We’re going to lunch with the aunts on my mother’s side.  Well, two of them.  Martha is sick with a cold and can’t make it.   First we drop off another load of donations at a crisis center in Carthage that Stacy told me about the night before.  We arrive at Mom’s room but she isn’t there although in minutes she arrives.  She’s had her hair done.  We sit and visit with her for a little while.  I tell her I’ve brought her presents.  She seems pleased but tells me I didn’t have to.  They are such tiny things.  I say I brought you a new lipstick.  She puts some on immediately. I’m not sure if she hasn’t been wearing lipstick because she has none or because she forgets to put it on.  She looks more like her old self.  She always wore lipstick.  Always.  I give her the little tub of Teddy Grahams and a little hundred-calorie package of cookies.  She eats a couple of those immediately. 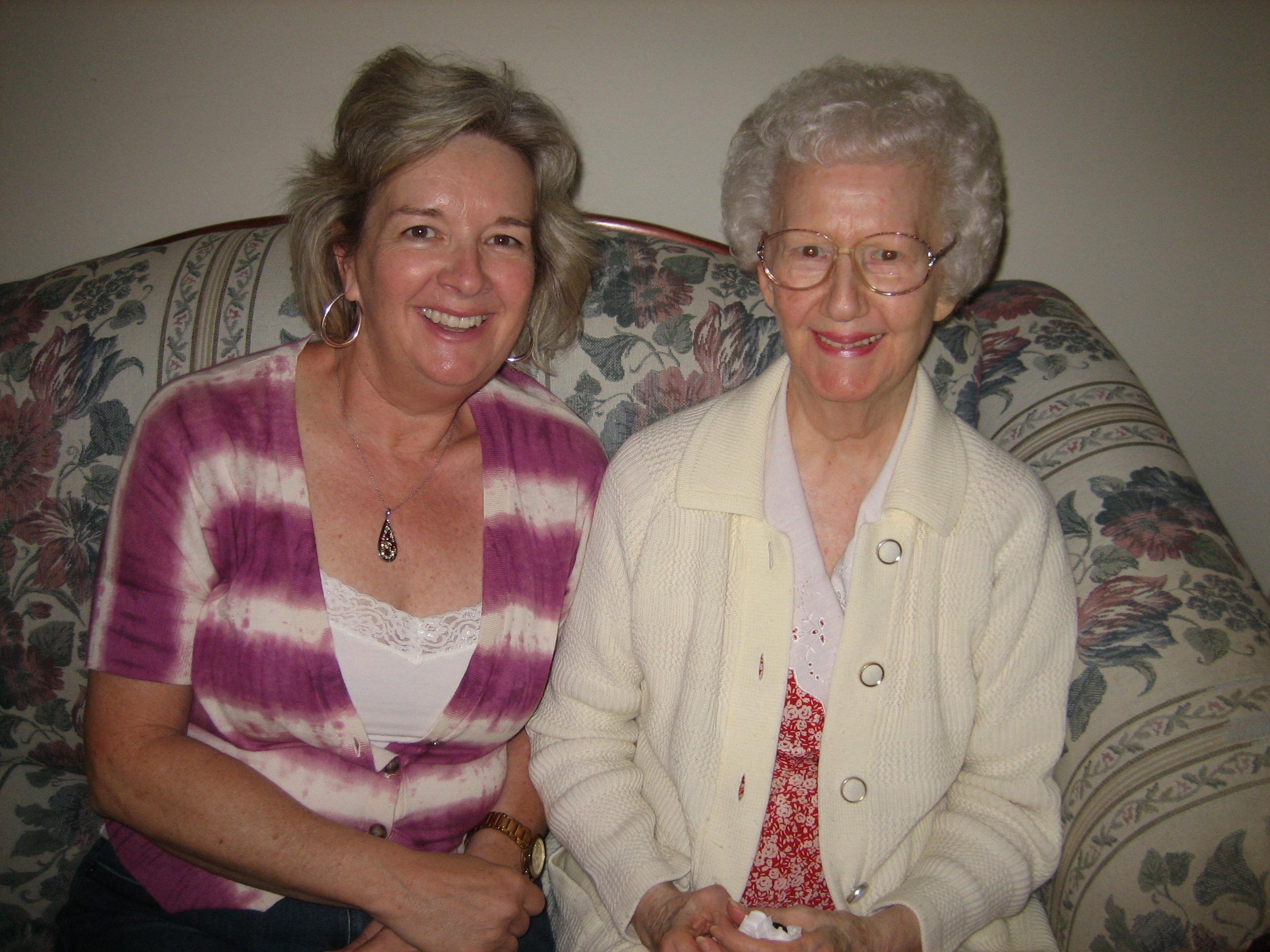 Me and my mom

I tell her what we’ve been doing and who we’ve seen.  She either says she remembers the people I tell her about or she is pretending that she does.  She can’t remember how old she is.  I tell her she is 82 and Maxine (her sister) is 93.  Mom says, “I thought she was older than that”.  Then she looks sheepish and says, “Maxine probably wouldn’t like that I said that.”  But later when I tell Maxine this story she laughs.

After the fifth or sixth or perhaps tenth time that she’s asked if we can stay for lunch, we decide it’s time to leave.  We’ve run out of conversation.

Bill has told me he feels badly for me that my mother doesn’t know who I am.  But I didn’t expect her to.  I’ve asked my mother if she gets bored or lonely, but she doesn’t seem to think she does.  Or maybe she’s forgotten what boredom and loneliness feel like.  Wouldn’t that be a blessing?  She’s said repeatedly that if she has to be somewhere like this she’s glad she’s there.  The staff are kind and they take good care of her.

We meet my aunt Anna Lee back at Maxine’s house and they direct me on the backroads that I’d forgotten back to Carthage.  No visit to this area is complete without lunch at the Sirloin Stockade.  Dani called me earlier and was dismayed to learn she was missing that event.

The Sirloin Stockade is where my parents, aunts and uncles used to go for birthday celebrations.  It’s a reasonably priced buffet restaurant with good food.  Their celebrations would conclude with an after-lunch gathering at one of my aunt’s houses where homemade cake might be served and cards and gifts exchanged.  At one time, there were six or eight in attendance.  My uncles Bill and Lloyd with their wives, Martha and Anna Lee.  Maxine and her friend Vance.  My parents.

Today there is no birthday and there are only four of us.  I comment to Anna Lee that the circle is getting smaller.  Her husband died the same year as my brother and she agrees that it’s sad.  I eat too much because there’s so much to choose from and I’m on “vacation.”  Back at Maxine’s we sit and chat some more before we say goodbye again. 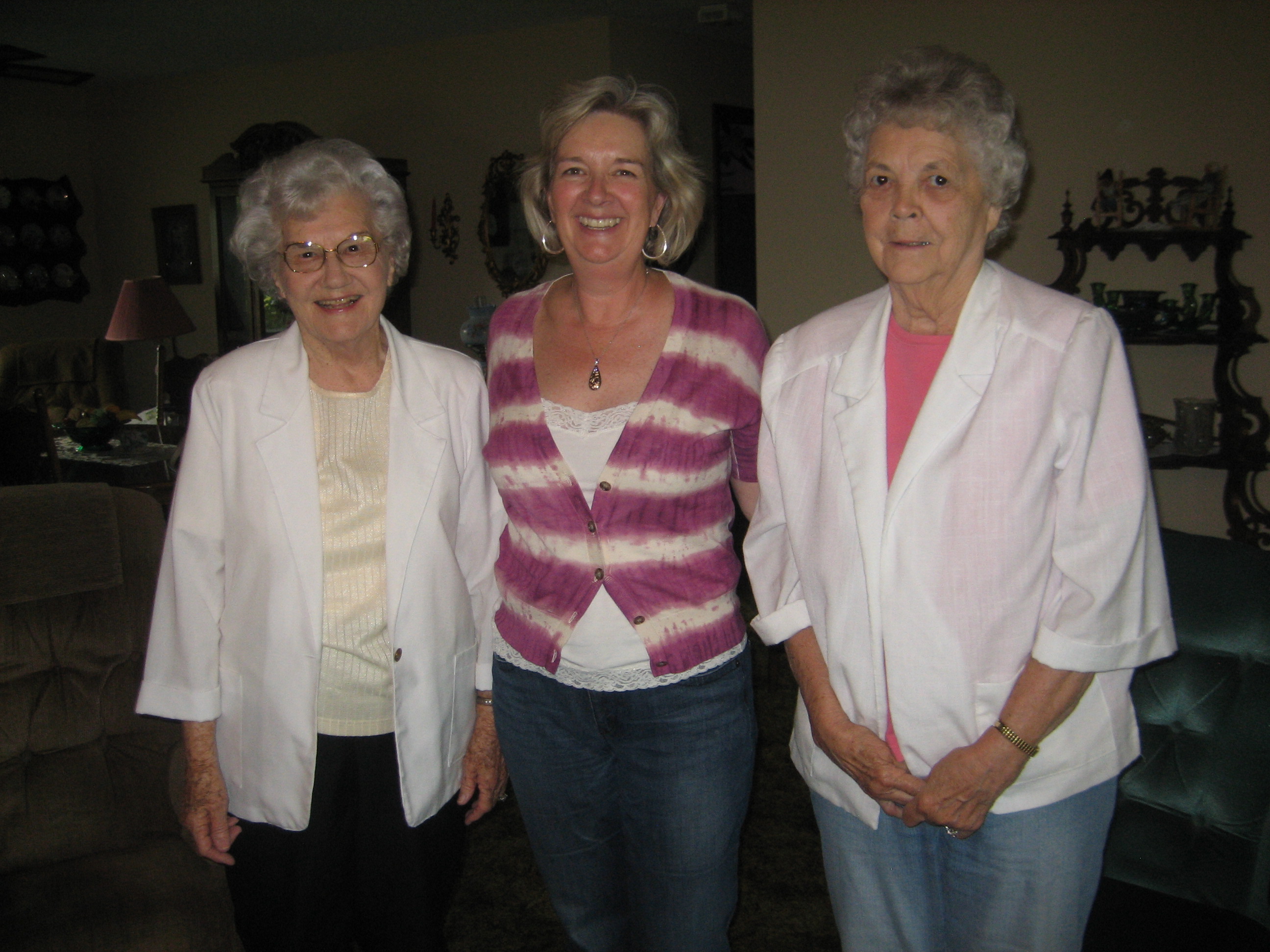 Maxine, me and Anna Lee

Anna Lee says she saves things, cards and letters.  She doesn’t throw them away, even Christmas cards.  She has them all.

On some level I understand this.  These things are pieces of your history.  But they only have significance to you.  When you’re gone, most likely no one else will care.  This is what I’ve been doing this trip:  sorting through other people’s histories.  Many of their photographs and memorabilia hold no meaning for me, yet I cringe as I throw them away.  It’s like losing bits amd pieces of who they were all over again.

There are things, however, I wish my relatives had kept.  Like the letters my grandfather wrote to my grandmother after he took off for California with another woman.  I wish someone had kept the letter he wrote asking if he could come home.

Maybe someone in the family has them.  Or maybe my grandmother threw them away, or one of her children did after she died.  Although I find my grandfather’s behavior fascinating and want to know more, what he did embarrassed his small-town family.  They wouldn’t want to keep reminders of it.  Would they?

Back at the house I remove the rest of my mother’s old clothes from her closet.  I’ve packed up purses earlier, marveling at the amount of crumpled tissues I’ve discovered in each.  I’ve pawed through other items in her closet, befuddled again by the things she kept and wondering what to do with much of it.  Throw it away?  Donate it?  Put it back and leave it there for the next time?

A little voice in the back of my mind asks, “What if she is ever able to come back here and live?”  She’ll wonder what happened to her clothes.  Where did they go?  Who took them?  None of us can imagine my mother ever returning to her house, yet that voice won’t stop.  I decide if that happens, I will buy her some new clothes.

I make another trip to the thrift store with a huge box, a bag and the clothes still on their hangers.  Bill says I’ve made a lot of progress but I feel as if I’ve made a tiny dent in the mountain of things left to sort through in my parents’ house.  But I’ve hit my overload point.  I still have time but not the inclination to do any more.

Instead I walk two houses down to my visit my dad’s cousin Loretta.  Loretta is a hundred years old.  Or, as she corrects me when I mention it, “a hundred-and-a-half now.”  She lives alone.  For her hundredth birthday she received a giant flat-screen TV.  She says she doesn’t see her family much, although she has a retired son nearby who plays a lot of golf and grandchildren and great-grandchildren.  She says they don’t visit much.  Loretta hurt her back in a fall and is thinking of seeing a chiropractor.

I don’t know Loretta well.  She used to ride to church with my parents.  She loves baseball and she loved my dad and they used to call each other and talk all the time.  Their fathers were brothers, but my dad and Loretta didn’t know each other well when they were growing up.  Their mothers didn’t get along, so Loretta tells me.

I think this is the curse of growing old.  Being forgotten by the people who are important to you.  Being cognizant of how alone and lonely you are.  I guess you get used to it.  Do you?  Once you were the center of your childrens’ world.  Perhaps you doted on your grandchildren.  How could they have forgotten that?  How could they forget about you?

Maybe familiarity breeds not contempt but possibly disinterest.  While I would be fascinated and intrigued to spend time with a hundred-year-old woman, if I could be around her all I wanted maybe I wouldn’t want to.

Bill has asked me what would I rather have?  Physical health, but my mind is gone?  Or poor physical condition but still mentally acute.  I choose losing my mind because then I wouldn’t know how miserable I was.  Bill thinks he’d rather keep his mental faculties.

I can’t help thinking who will be on “the last” list this time.  Every time I leave Missouri I’ve seen someone for the last time.  My father.  My brother.  An uncle or an aunt.  Last time it was Clem, my dad’s brother, Lenore’s husband.  I don’t want to think about who it will be this time, but I can’t seem to help it. 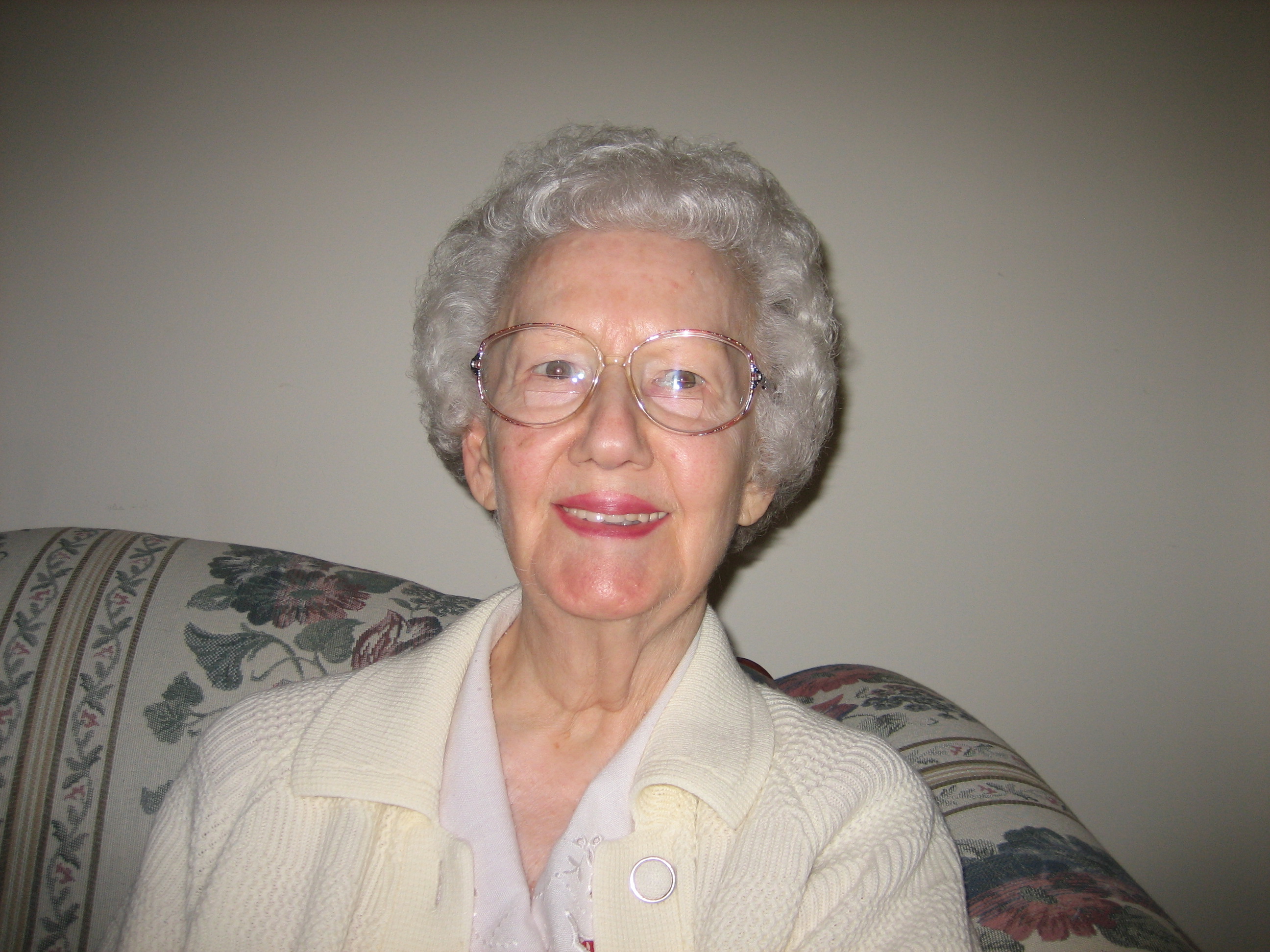 Visiting my mom and my other relatives this year has made me think there are guilt trips and then there are guilt trips.  You can be on one without ever leaving home.  What we do for others out of a sense of duty, obligation or guilt, isn’t it all tied up somehow in love?  If we didn’t care we wouldn’t bother.  And we’d never feel guilty.

You can visit me and find buy links to my books at www.barbarameyers.com