It’s Wednesday.  I’ve been here since Monday.  I’m surrounded by things I don’t want to do.  I have a headache.  For the second day in a row the coffee I’ve made is horrible (even though it’s Starbucks coffee).  It’s pouring down rain, lightning and thundering.

Yesterday we went to see Mom.  I managed to get us lost on the way, my memory of the backroads from Sarcoxie to Carthage not quite as good as I thought it was.  I think she knew who I was which is an improvement over last year.  Even recalled that my aunt Maxine had told her we were coming. 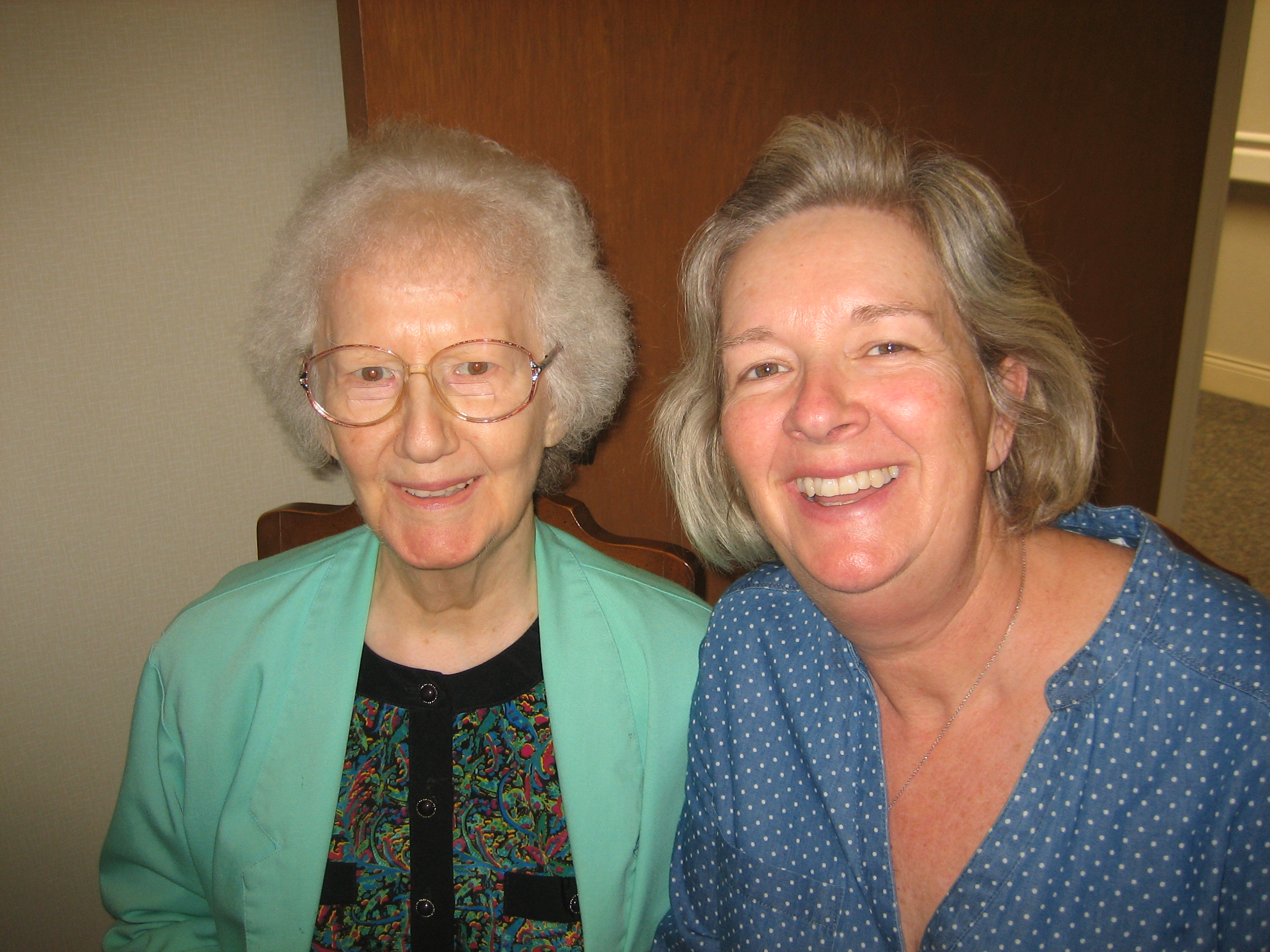 We stayed for an hour, took a walk around the assisted living facility.  She only repeated the same questions a couple of times.  After an hour she seemed to fade, perhaps thinking I was my cousin Louella and asking if I ever hear from Marilyn (Louella’s sister who passed away).  This is how I know it’s time to leave although my mother invites us to stay for lunch.

We’ve had a big breakfast at the Hungry House at Maxine’s invitation earlier and no appetite so we decline.  Plus, we have things to sort through back at Mom’s house.  Clothes, books, drawers, photos.

After a year unoccupied there is a layer of dusty grime covering the interior and the air is musty and there are cobwebs in places cobwebs have no business being.  Bill has taken on the task of vacuuming the entire house, most of which is covered in carpeting that should have been replaced years ago.  I can’t stand to walk on it barefoot.

There’s been so much rain it’s too wet to have the grass mowed.  The house looks like what it is:  sad and neglected.  A wisteria vine has overgrown its boundaries near the driveway.  Tuesday afternoon I attacked it. My dad would have taken care of this.  He’d never have let the yard look this way.

Once again we cleared the vine that had begun to overgrow the front stoop.  If I thought I could get Dad’s lawnmower out of the shed (which is falling apart) I’d have mowed the grass.  But Bill says the mower’s been sitting there so long the gas is probably no good and the oil probably dried up.  He doesn’t even want to try it.  He’s probably right.  He usually is about these things.

After we visit Mom we stop at Wal-Mart.  I need rubber gloves if I’m to keep digging through drawers and boxes because who knows what lurks there.  I find a pretty hanging plant and a cute garden gnome for my aunt Maxine because she’s always been the gardener in the family.  Her birthday was Sunday.  She’s 93 now and thinks her heart is what’s slowing her down physically.  Says she has little energy, although she’s happy to sit and talk or read or watch TV.  But physical exertion wears her out, even a walk to the mailbox.

Maxine has always been real in a way my mother never was.  I never could really talk to my mother, but Maxine is like my dad in many ways.  You can talk to her about anything and everything.  She’s been my favorite aunt forever, perhaps because she’s childless.  She always had time and interest in me and my brothers.  She’s eleven years older than my mother but seems years younger.

No idea what this blog is about?  Check out the series of last year’s blogs about a similar trip starting here:  http://barbmeyers.wordpress.com/2012/06/08/family-therapy-in-the-house-of-dust-part-one/