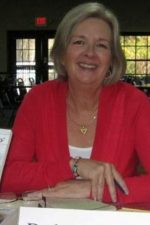 Sometimes I don’t like myself very much and I’ve begun to wonder what’s wrong with me. I think I need therapy, but unfortunately I can’t afford it. I am sarcastic, mocking, bitter, jaded. There. I’ve admitted it. Can I have my lollipop now? Actually, that’s barely scratching the surface. I’ll tell you what brought on this introspection into my defective character.

After Thanksgiving dinner we were playing one of those stupid Facebook games where you ask your partner/spouse a question and you write down what he says. One of the questions was, “Where would you most like to travel?” My son’s answer to his wife who was asking the questions was, “Anywhere, as long as it’s with you.” He was completely sincere and if you’ve followed this blog you might know a bit of their history. I thought it was a sweet and romantic and lovely thing for him to say. But I had to ruin the moment with some slamming comment which I’m too embarrassed to repeat here. He and his wife may not have thought anything of it, but I have been wracked with guilt ever since I said it.

Why did I say it? Why must I always find something to mock about other people’s happiness or romantic moments? Am I jealous? Am I that uncomfortable with genuine emotion? With love? Do I feel cheated when I see someone else on the receiving end of a romantic gesture or affection? I write romance novels. I should be applauding these moments, shouldn’t I? But instead, I tear them down and pour my caustic words on top of them trying to what? Drown them out? Take something away from someone else’s relationship? It’s kind of sick and twisted, isn’t it? A chilling thought is maybe I don’t really buy into what I’m trying to sell.

Case in point, earlier this year I attended a “country wedding” of a couple I barely knew. They  were in their sixties and had both been widowed. I didn’t buy that they were in love because it looked to me like more a marriage of convenience than anything else. I mocked everything from the music (a solo of  Thinking Out Loud — “I will love you til we’re 70”–well, that’s only a couple of years from now–haha) to the venue (the reception took place in a Morton building)–to the port-o-potties set up for guest use.

But what do I know and who am I to take away from the day? If I’d been widowed wouldn’t I be looking for companionship and affection? Even if a second marriage wasn’t to the love of my life, why would I denigrate anyone for trying for another chance at happiness or at least someone whose company they enjoyed to grow old with? But all I could do was make fun of it.

I apologized to my son who graciously told me to think nothing of it. But I do. And I will continue to. I’ve decided a good New Year’s resolution would be to give up my bitterness, sarcasm and mockery. (Even if that’s what makes me who I am.) My day job coworkers are appalled. Apparently those traits are what makes me so entertaining and what they love about me the most. Still 2017 may be a quiet year. Because if I can’t think of anything nice to say, I may not be saying much at all.