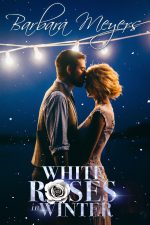 If you read White Roses in Winter, you may recall Tiffany Preston, Kerrie’s back-stabbing frenemy who takes a fall. I love redemption stories, and I’d like to give Tiffany one featuring Eric (whom she treated badly in White Roses in Winter). Here is the rough draft of the first half of Chapter One and my working title for Tiffany’s story, Sunflowers in Summer. Enjoy!

Ugh. No. Tiffany crossed out what she’d just written. Eric Stranghorn was in no way dear to her. He’d see through the lie the moment he opened her letter. If he opened her letter. He might see who it was from and toss it in the trash. She wouldn’t blame him. She didn’t want to write to him anyway.

She set the pen down next to the yellow legal pad and massaged the fingers of her hand. Carefully, she eased her head back, stretching her neck muscles. The popcorn ceiling was painted white. In the two weeks since she’d been in this room at the rehab facility in Charlestown she’d memorized every inch of it. This room was her prison. But there was no need for leg irons or bars on the windows. She wasn’t going anywhere under her own power. The fact that she could pick up a pencil was a minor miracle.

She gazed out the window at the summer sky. Most of the view was obliterated by buildings similar, she supposed, to this one, although she’d never seen The Spaulding Spinal Cord Rehab Center from the outside. 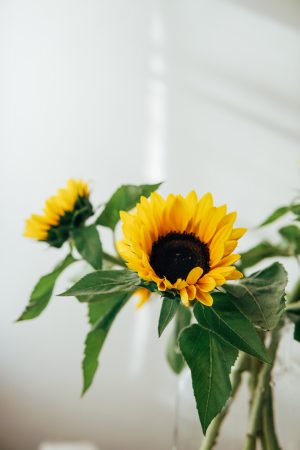 That’s how the medical people, the psychiatrists, the counselors, the physical therapists, and her AA sponsor referred to it.

Except they all knew, as she did, that it hadn’t been an accident at all. She’d been flying high on pills, coke and booze. She’d kidnapped a baby to torture her childhood friend, Kerrie Huddleston and her husband, Jason Pendell.

Her husband. Not yours.

But oh, how Tiffany had wanted Jason for her very own. How she’d tried to interest him, seduce him, trap him. To make Kerrie pay for stealing him.

Jason wasn’t interested and he couldn’t be seduced. Not by Tiffany. And she’d wanted to make him pay for the way he’d ignored her. For the insult of choosing Kerrie over her. Having a baby with Kerrie.

Bile rose in the back of Tiffany’s throat and her mind cringed away from everything she’d done. Shame washed over her until she thought she’d drown in it.

She was a bug. A detestable pest like a cockroach. No, smaller than that. A flea. A gnat. Her existence meant less than nothing. Everyone she’d ever known had abandoned her. Except for the medical personnel, of course. And her lawyer. People had to be paid to associate with her. That’s how repulsive of a human being she’d become.

But I’m clean, she told herself. Clean and sober. 75 days. But that was only because she couldn’t leave the hospital or now, the rehab center. For the first several weeks, she couldn’t leave her bed. She’d literally been flat on her back while her condition was monitored and assessed. She’d been poked and prodded and asked, “Can you feel that?” endlessly.

Even when she flinched at the touch of a probe or a needle on her skin, her thought was always the same. I don’t feel anything.

The fall from the treehouse had damaged her vertabra as well as her spinal cord. The pain from even the slightest movement took her breath away in those early days.

It was better now, but not much. Whatever or however much pain she had, she deserved it. Deserved to be punished. Deserved to die. Wondered why she hadn’t.

Her gaze dropped back to the pen. The legal pad. The crossed out words.

“It’s called making amends,” her sponsor told her. Francie Bertrand was in her early thirties, wore sensible heels and worked in administration in one of the public high schools. Like Tiffany, she was an addict. But she’d been sober for years, not days. She’d stopped in to talk to Tiffany the day after she’d arrived at Spaulding.

“Since you can’t attend meetings, I brought you some literature about the program.” Tiffany had looked away, resentful of Francie. She was here at the behest of the counselors who Tiffany also resented. She’d seen enough fake interest in her life to know it when she saw it.

The second time Francie stopped by, she’d suggested Tiffany might want to jump ahead and think about the people she’d harmed. Perhaps write them letters even if she wasn’t ready to send them.

“They don’t want to hear from me,” she’d told Francie. Who would she write to? Not Kerrie and Jason. She’d stabbed them both in the back before she’d endangered their son. Her parents? Her brother? They’d written her off as a lost cause, although her father continued to foot the bill for her medical and legal expenses. Tiffany sniffed. It was the least he could do. Her mother was drying out, or trying to, at Betty Ford. Her brother had probably changed his name by now so no one would associate him with her.

She didn’t have friends. She had hangers-on, fellow partiers. Guys she slept with and discarded.

Eric was one of those guys. The difference between him and the others, though, was that he was a decent human being. He had genuinely cared about her. He might even have been truly hurt by her cruelty.

Somebody should step on her like the worthless bug that she was, and end her charade once and for all. Instead, daddy was paying for the best of care for his precious little girl.

She picked up the pen. To Eric…