Why haven’t I posted anything here since August 31st? Because I haven’t felt like it. Luckily, that last post was all prepped and ready to go because I was in no mood to write anything new. Why, you may ask?

First of all, after my lovely birthday trip to New Hampshire, I arrived home and promptly got sick. I spent one entire Sunday afternoon doing nothing but sneezing and blowing my nose. Seriously. My husband gave up with the “Bless yous” after about the first hundred sneezes. How much snot can your sinuses hold anyway? Or does it just keep regenerating?

I showed up for work and slogged through my shifts and did little else except sleep and be miserable. I literally never–ok, very rarely–get sick and I am a terrible patient. 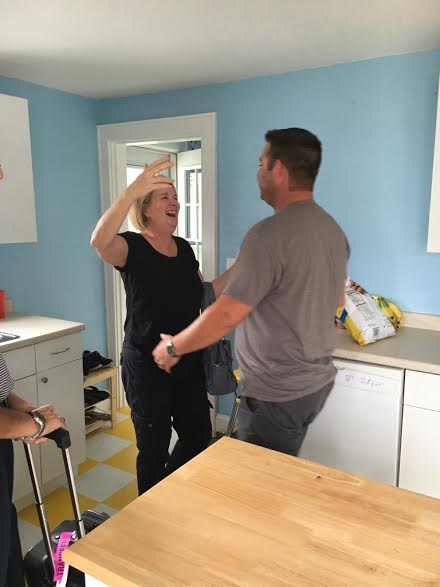 Maybe I was a little down after my trip, too, where I got the lovely surprise of my son and daughter-in-law being there to surprise me. I needed a vacation and having my family around for days was the best present I could have. But then it’s over and it’s back to my regular life. Sigh.

Writing? What can I say? I’ve sort of lost my enthusiasm. That began when earlier this year Samhain Publishing announced it was winding down its business. Just as (I thought) I was starting to build some momentum. Bangs head against wall. Months later Samhain announced it was staying in business. Bangs head even harder against wall. Then the person who’d been helping me with my web site and marketing simply disappeared. Doesn’t return calls. Ignores emails and texts. I have no idea why. Meanwhile I have a complete, edited manuscript with no cover and no blurb and no marketing plan and no interest in creating any of it.

Sometimes it’s just a lot of things happening in sequence that can throw you off your game. Envision me sitting here pouting, arms across my chest, lower lip thrust out with the caption, “I don’t want to play any more” above my head.

“Success consists of going from failure to failure without loss of enthusiasm.” — Winston Churchill.

“Failure consists of going to failure to failure with loss of enthusiasm.” –Barbara Meyers

I may have temporarily lost my enthusiasm but as I write this I’m waiting to see what my cover artist comes up with, finalizing my blurb, and finishing some minor editing on– heres’ the ironic twist–my romantic comedy, CLEO’S WEB. I’m sure my enthusiasm is lurking around here somewhere. Eventually I’ll find it.