Life is Short. Eat the Cheetos. 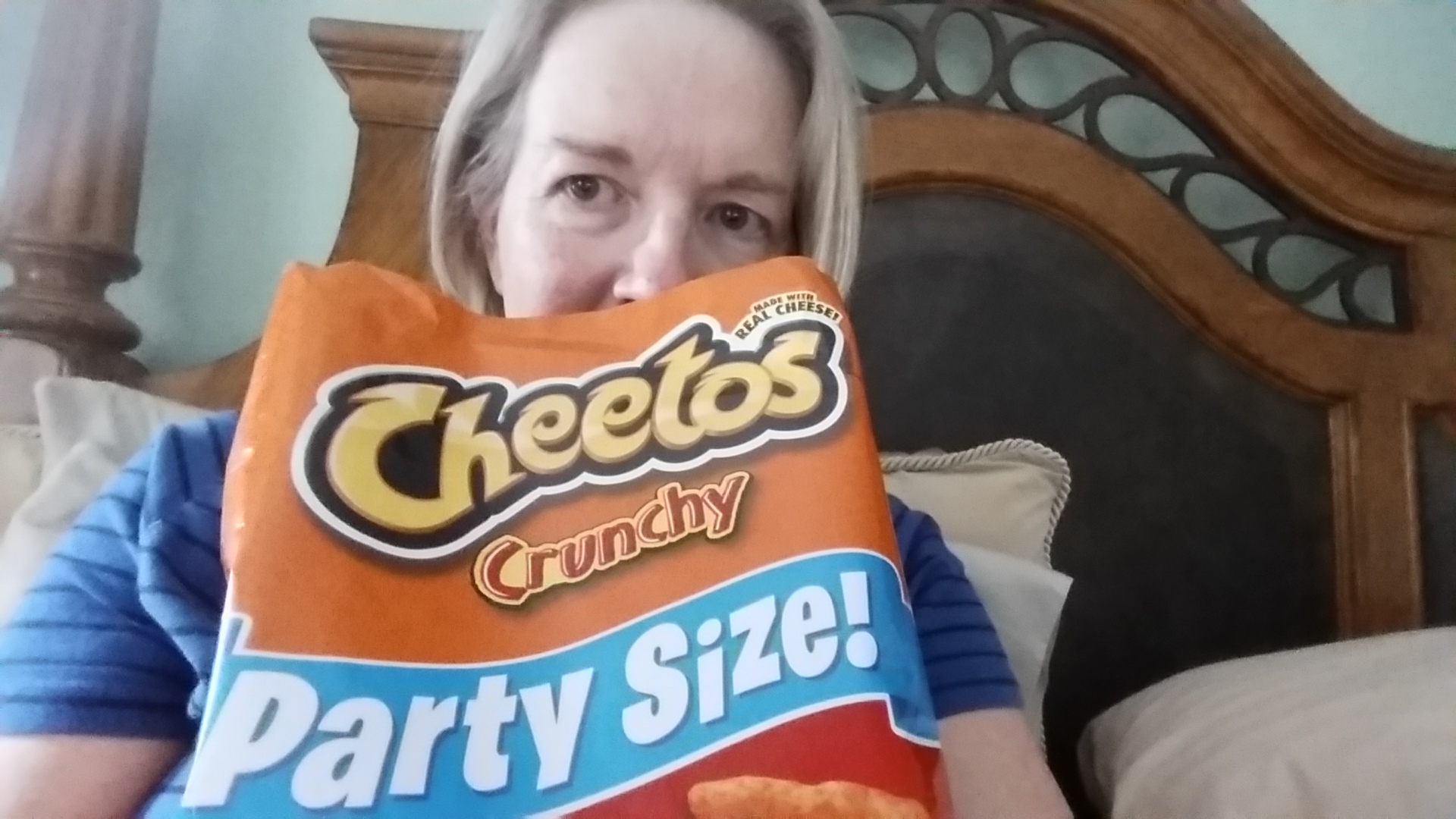 Do you remember a time when you ate whatever you wanted and you didn’t feel guilty about it?

I ate what I wanted my whole life and never felt guilty about it until my diet met my age and created a muffin-top, physician-concerning cholesterol numbers and high blood sugar readings. Should I start taking better care of myself and stop eating like a 13-year-old?

Today I bought Cheetos. Again. And I started eating them on the way home. Which made me think about a conversation I had with my daughter recently. She was food shopping after several stress-filled work days and she really wanted some Cheetos. And some ice cream. I hope I didn’t talk her out of it by reminding her she needs to eat “healthy.” If I did, I hope she ignored me, because dammit, if you want some Cheetos, have some! That goes for chocolate or ice cream or French fries. When did we start telling ourselves no? When did we start feeling guilty about everything? 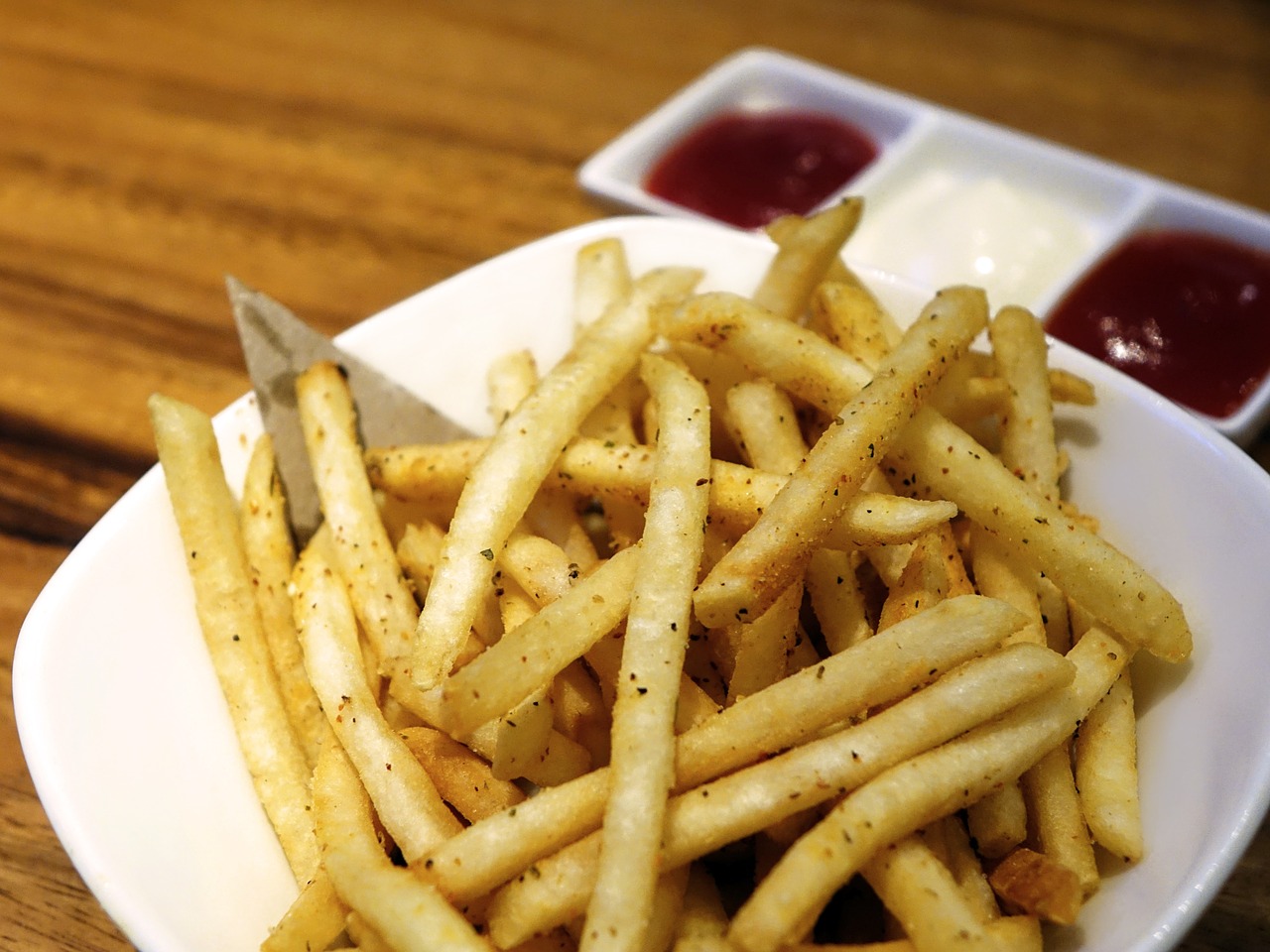 In my childhood and in fact, well into adulthood, I don’t recall anyone caring about “body image.” You were who you were. You were whatever shape and size you were and if anyone gave it a second thought, they never mentioned it to me. No one cared! I don’t recall ever labeling people as “too fat” or thinking, “she shouldn’t be eating that.” You looked how you looked and you ate what you ate and that was the end of it. 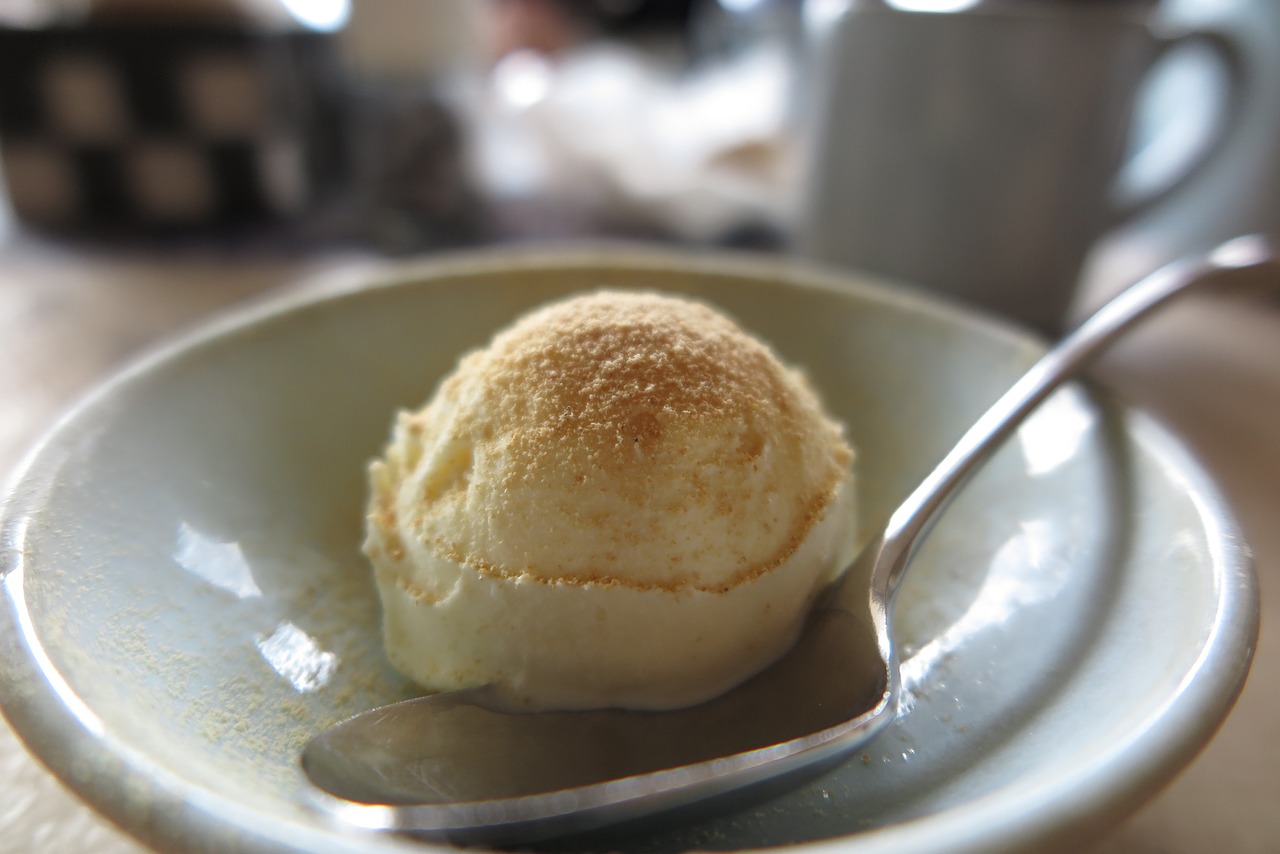 But now? OMG. If you aren’t consuming a bushel of kale every week and hitting the gym daily and if you aren’t a size two, there is something seriously wrong with you and there are about a hundred thousand entities ready to tell you what it is.

After eying the giant size bags of them at Sam’s Club, a dear friend and fellow Cheeto enthusiast and I decided Cheetos can’t have that many calories because they are mostly air and most of what isn’t gets stuck in your teeth anyway. 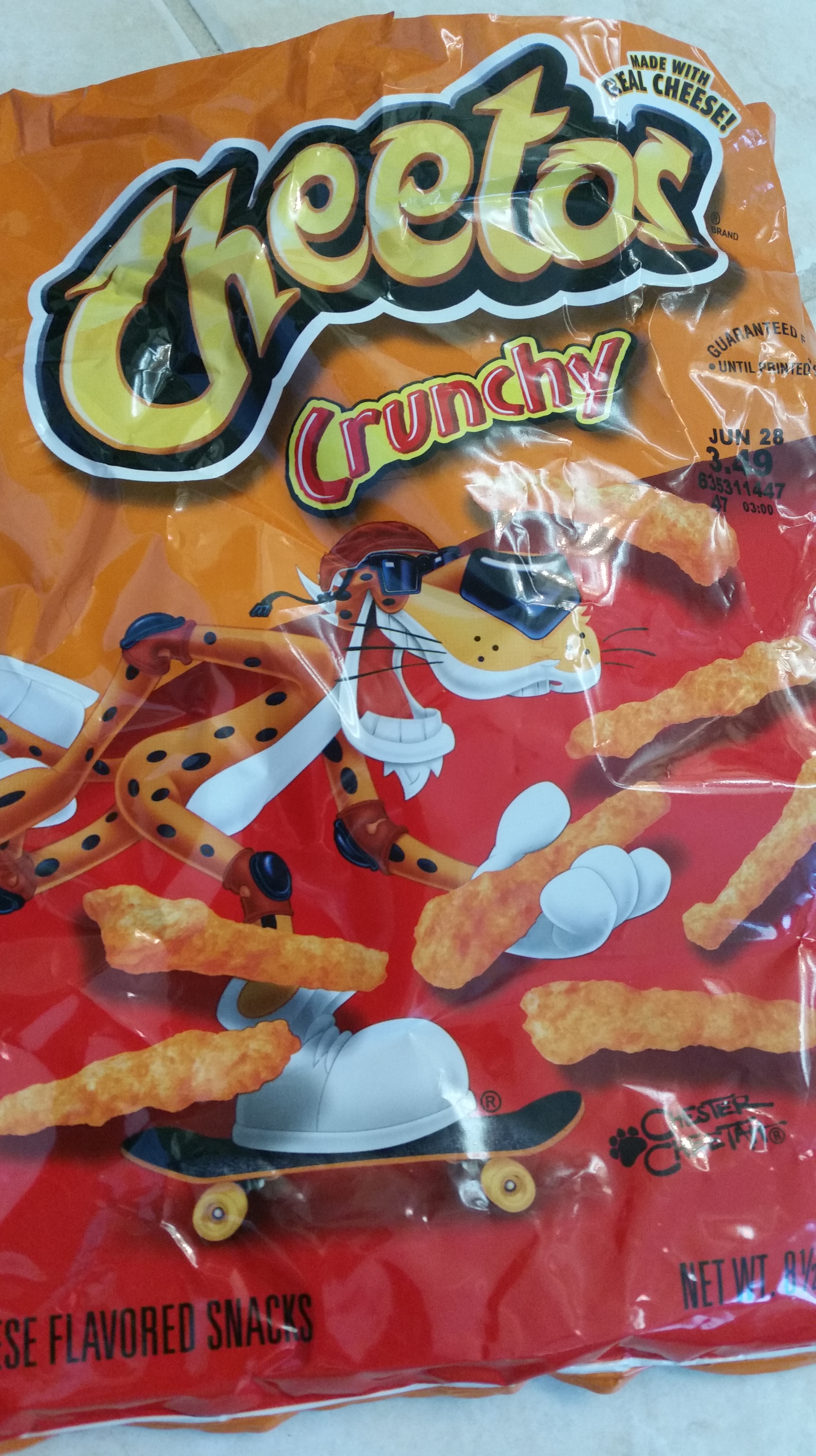 So I’ve decided I’m not going to feel guilty if I eat a bag of Cheetos. I’ll just chase it with a kale smoothie and a six-mile run. 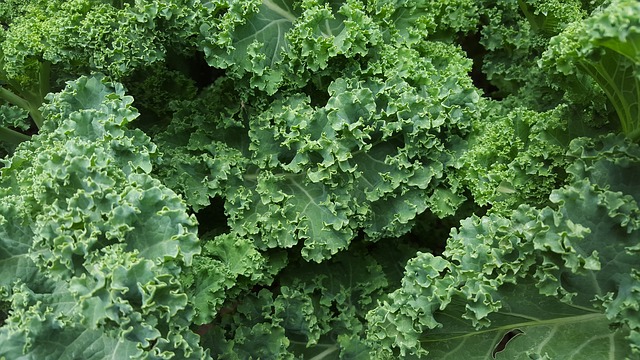