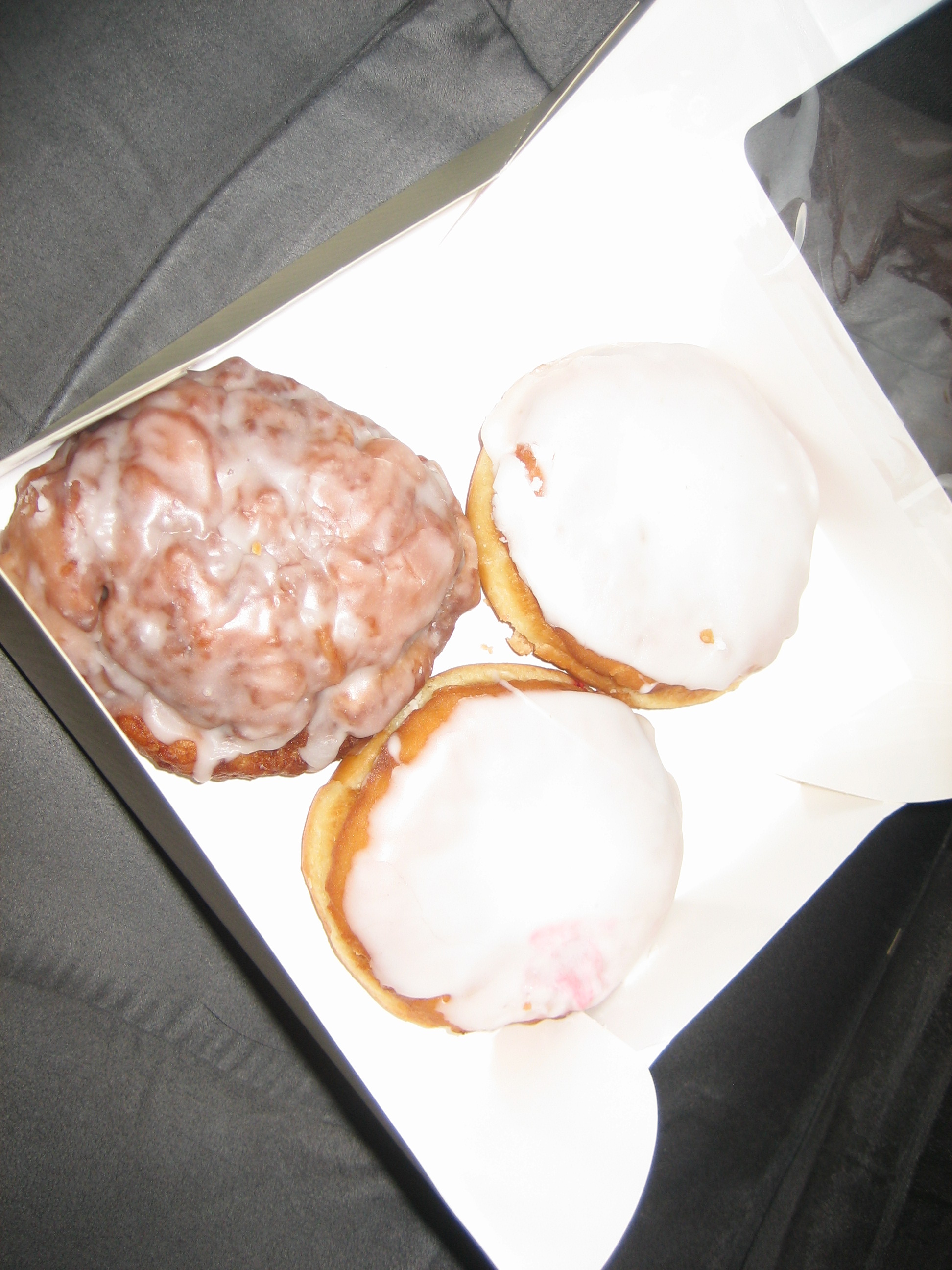 This sentence lacks context.  Posted as a Facebook status or a Tweet, it is meaningless to anyone but me.  But today Bill did indeed bring me two jelly donuts and it is a very big deal.  To me.

Since we relocated a few months ago the local Walmart is the nearest store to our home.  We shop there on a regular basis for staples.  I love their raspberry jelly-filled donuts.  But only the ones with the white frosting on top.  Not the red frosting, not the glaze, not the sprinkles.  They don’t always have the ones I like.  Sometimes they come in a box of six, which is too many.  Sometimes they have them in the case and you can box up however many you want yourself.

Often we do our shopping together but today Bill went to Wal-Mart on his own.  I couldn’t think of anything I needed or wanted.  While Bill was gone I had a fleeting thought of those jelly donuts I like.  But Bill wouldn’t buy them unless I specifically requested them.

When Bill returned he had a box containing two jelly donuts for me and an apple fritter for himself.  Had I telepathically communicated my desire for jelly donuts to him?  When I asked, “Why did you buy them?” he said, “Because I know you like them and I thought you might want some.”

I’ve spent a lot of my married life exasperated with and frustrated by the man I married.  I’ve accused him of being selfish and thoughtless on numerous occasions over the years, and probably by now he might agree that he is or was at those times.

Men simply don’t think like women.  Bill is OBLIVIOUS much of the time.  He admits to that and insists most men are.  He doesn’t think like I do, his priorities are different, and much of what he does and the way he does it simply makes no sense to me.  He’s a GUY.  I had to stop expecting him not to behave like one.

For years I have tried to explain to him that it’s the little things that are important and memorable.  Grand gestures and expensive presents are nice, sure, but I can’t put a price on a back rub after a hard day at work or the fact that coffee is ready for me in the morning when I wake up.

I know exactly how much those jelly donuts cost.  Fifty-eight cents a piece.  That he thought to buy them without me asking is worth so much more to me.