Not really, but after what I consider a successful booksigning (19 books sold in 5 hours) there’s a bit of a high happening.  This signing was at the annual arts and crafts fair in my neighborhood.  I had a table there last year where I sold 20 books, but this year was so much more enjoyable.  Maybe I was a little uptight last year because I was new to the neighborhood and didn’t know what to expect.  This year I had fans who remembered me and bought more of my books.

First of all let me tell you about Jeanne who has the table behind me just as she did last year.  She makes hand-stamped greeting cards and Christmas trees made out of recycled Christmas cards and other crafty paper items as well.  Last year Jeanne bought two of my books.  This year she told everyone who stopped at my table how wonderful they were and she bought two more.  She trades them with her friend Kathy who also bought this year and last year.  Jeanne doesn’t know it but I’ve appointed her head of my Hamptons fan club!  Just saying, it does wonders for a battered and abused writer’s ego to have someone sit next to you for several hours and tell everyone how much she loves your work.

Jeanne and her husband Norm have been married for 60 years.  Norm is not the most social guy in the world (I can relate to having a husband like that), but he listens.  I told Jeanne about how my son and his h.s. bff inspired NOBODY’S FOOL which will be out in January.  That got Norm to talking about how he’d tried to fix Jeanne up with a pal of his when they were in high school.  Norm was friends with Jeanne’s brother and they used to double date but Jeanne’s brother wouldn’t double date with her along.  Jeanne and Norm met up with “the other guy” at their 50th h.s. reunion.  I think I missed the part about how Jeanne and Norm actually got together but I thought it was cute that Norm obviously wanted Jeanne to be happy even if it meant fixing her up with someone else!

I had some interesting conversations with others.  Judy, whose daughter writes YA Christian romance but is having problems with both her agent and her publisher.  Can I help?  Who knows?  But I’m happy to try.

Marcy who is learning to knit and crochet because she’s spent a lot of time in the hospital during her husband’s illness and chemotherapy.  The group that’s teaching her makes hats for chemotherapy patients.  Even though Marcy’s husband is much better when he has a down day or isn’t feeling so hot, he finds comfort in his knit cap. 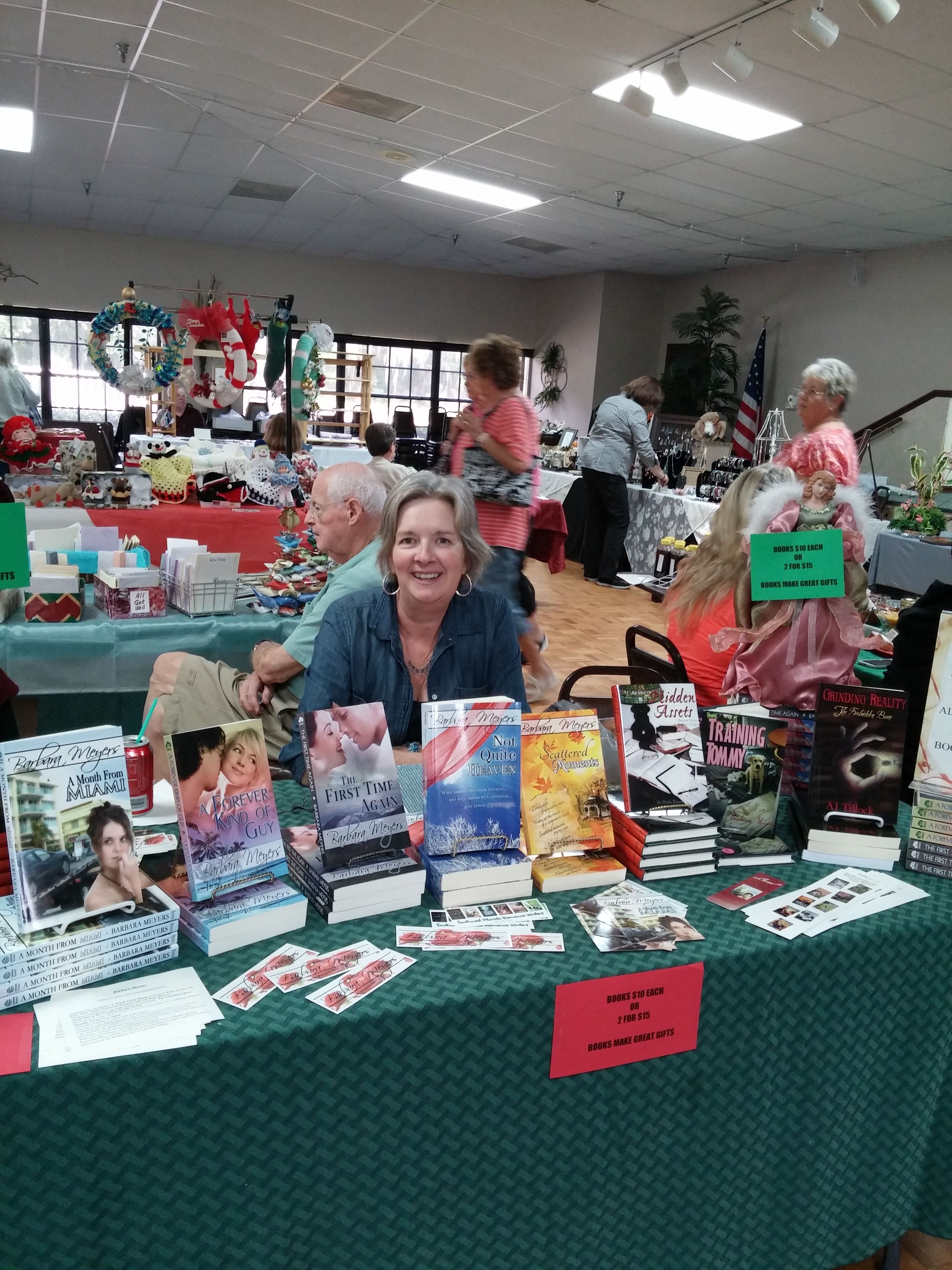 Angie, who wants to encourage her talented daughter to write.  Maybe pictures of me and my books will inspire her.  Angie took these pictures and sent them to me since I forgot to take any.

I often think that a writing career is less about the writing (although you always want readers to enjoy your books) and more about the connections you make through being a writer.  The lives you touch and the people who touch your life because of it.  There were more stories and more people and experiences but like every story we tell we pick and choose the details to include.