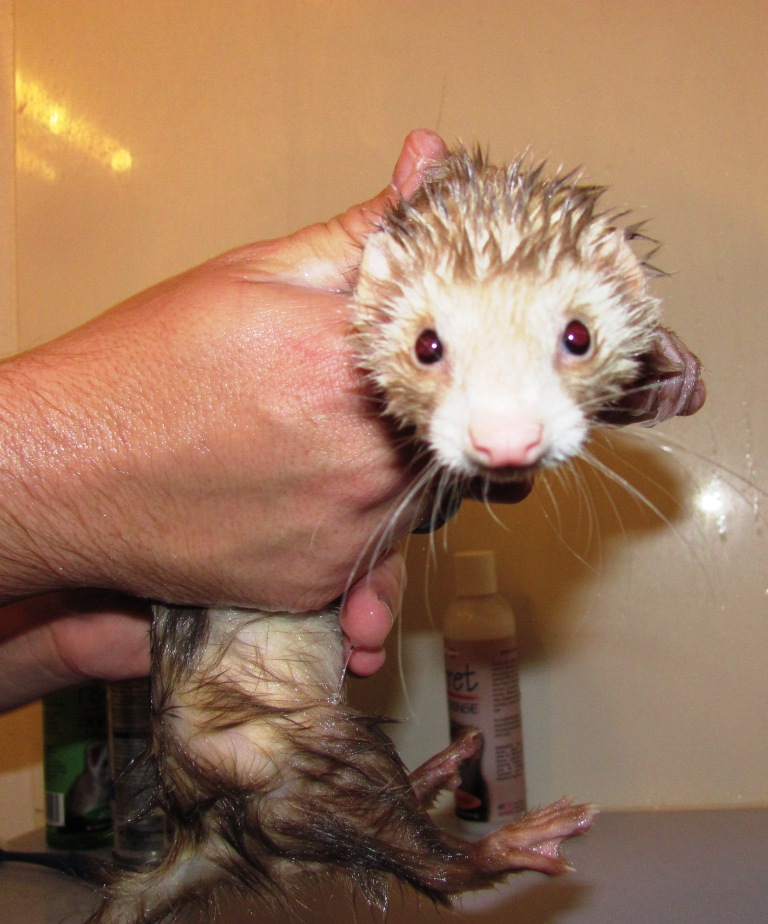 My husband had ferrets when he was a teenager. After our dog died, we wanted a pet that was playful and cuddly but didn’t require constant attention. Dogs vary but often require a lot of training. I’m allergic to cats. So when Phil suggested ferrets, it seemed like a good fit. (Reif, the hero in FANTASY MAN is allergic to both cats and ferrets and his suffering makes for some hilarious moments.)

How long have you been a ferret owner?

We got our first two ferrets in 2012. They are both gone, but we have two more now. They have all been rescues found on craigslist. It means we don’t get to have them for as long, because they’ve generally been three or four years old, but we like giving a good home to a ferret whose owners have lost interest. 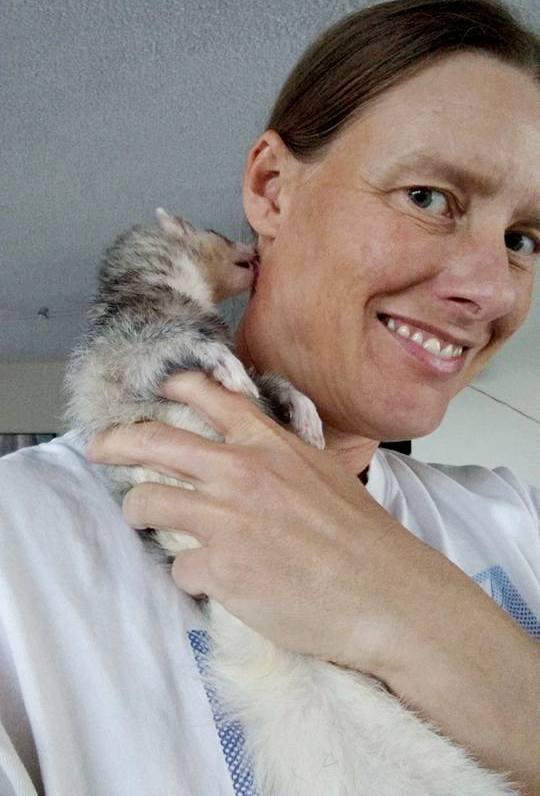 Our first two ferrets, Zonks and Rico, came as a pair. They had very different personalities but they loved to sleep cuddled together. When Zonks got sick, we thought we should get a third ferret so Rico would have company after Zonks was gone. Petri was an absolute sweetheart, but Zonks and Rico didn’t seem to think so. They’d chase him and pin him down. He’s the biggest ferret we’ve had, but he’s too innocent to fight back.

After Zonks died, Rico and Petri got used to each other. Then they became best buddies and snuggled all the time. Petri had been an only ferret with his former owner, but he loves cuddling and playing. I think it was worth the initial stress for him to get a good snuggle buddy.

Best thing about having a ferret?

We have one ferret who is sweet and cuddly, and one who zooms and bounces around the house in a crazily entertaining way. If you are in a bad mood, one or the other will be able to cheer you up.

Any downside to having a ferret?

They have relatively short life spans, and losing them is hard.

Petri is our cuddly big boy and Marceline is our tiny, crazy girl. 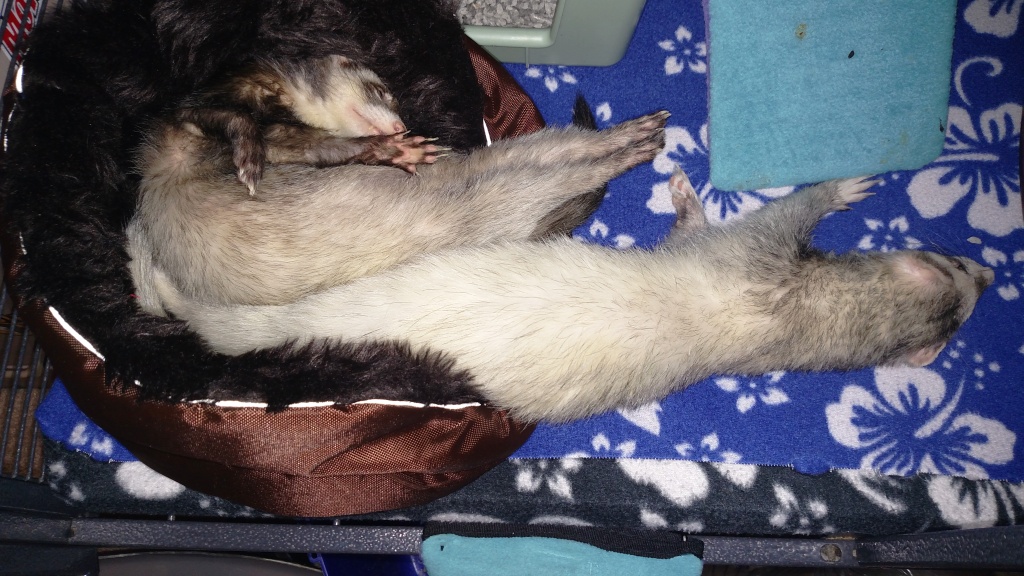 Some more about Kris:

She writes for children as Chris Eboch and writes for adults as Kris Bock.

She lives in New Mexico, where she enjoys hiking, rock climbing, and watching the sunset from the patio. (I like all these things too and am now considering a move to New Mexico…) Her home office looks out on nature, complete with distracting wildlife such as hummingbirds, roadrunners and foxes. Her BFA in photography is used mainly to show Facebook friends how lovely the Southwest is. (I need to friend Kris on Facebook so I can see these wonderful photos!)

As Kris Bock, she writes novels of adventure and romance involving outdoor adventures and Southwestern landscapes. For example, The Mad Monk’s Treasure follows the hunt for a long-lost treasure in the New Mexico desert. In Counterfeits, stolen Rembrandt paintings bring danger to a small New Mexico town. Whispers in the Dark features archaeology and intrigue among ancient Southwest ruins. (Read excerpts at www.krisbock.com or visit her Amazon page.)

Writing as Chris Eboch, she is the author of over 30 books for children. Her novels for ages nine and up include The Eyes of Pharaoh, a mystery in ancient Egypt; The Well of Sacrifice, a Mayan adventure; and The Genie’s Gift, a middle eastern fantasy. Her writing craft books include Advanced Plotting and You Can Write for Children: How to Write Great Stories, Articles, and Books for Kids and Teenagers. (Learn more at www.chriseboch.com or check out fher writing tips at her Write Like a Pro! blog.)

And if you want to take a look at FANTASY MAN where a couple of ferrets are the victims of an innocent kidnapping,