When I revised Fantasy Man yet again using my editor’s suggestions I added two ferrets. (My editor, Noah Chinn, suggested revisions but he did not suggest adding ferrets.) The ferrets belong to the villain, Vinnie “The Nose” Pellegrino. I can’t tell you where I got this idea, only that I’ve been given to understand that no villain should be all bad. He has to have some redeeming qualities or something he cares about.

Once the (revised) book sold I wanted to interview ferret owners about their experience. Surprisingly, my editor had recently acquired a ferret! How’s that for coincidence? Below, Noah shares his ferret experience: 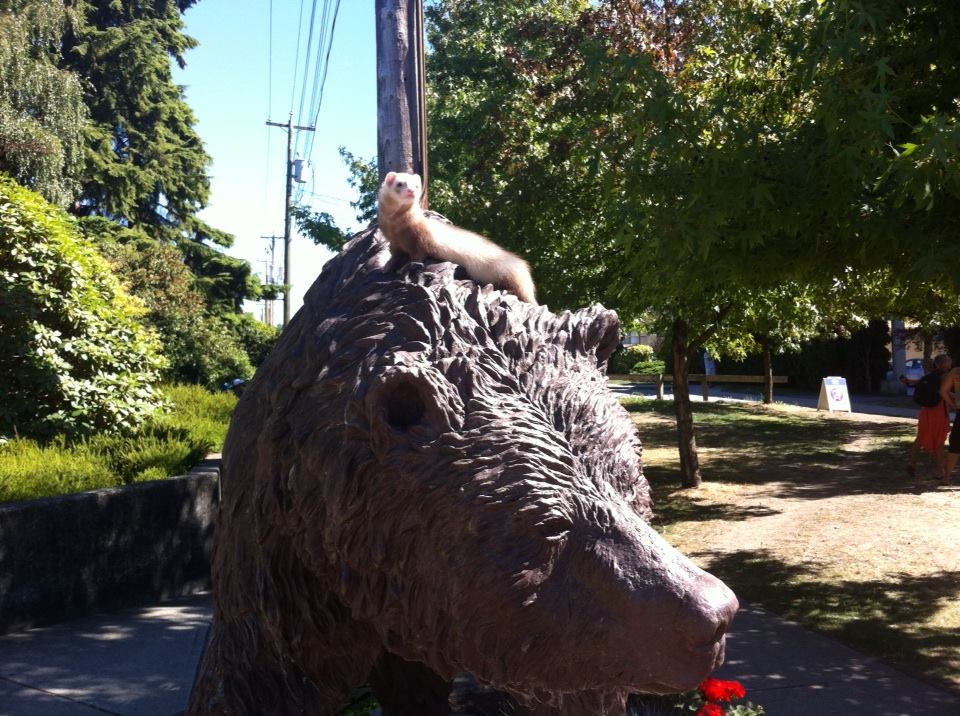 Why a ferret(s)?  Ferrets are like kittens that never grow up, or grow out of that playful “explore everything” phase.  They are sociable like puppies but for maintenance are more or less on par with cats.  They are very quiet as well. A good pet for someone who doesn’t want something high maintenance like a dog, and more sociable than a cat.

How long have you been a ferret owner? Six months (but ferret-sitted for weekends and a few weeks during friend’s vacations)

Funny or touching story? Early on when we first got Dora we’d thought we’d lost her, but had no idea how. Our apartment is closed off and she couldn’t have escaped. We eventually lured her out using a squeaker and she was covered in dust.  It turned out she’d found a hole in the wall where the heater pipe enters the room and had worked her way in between the walls. 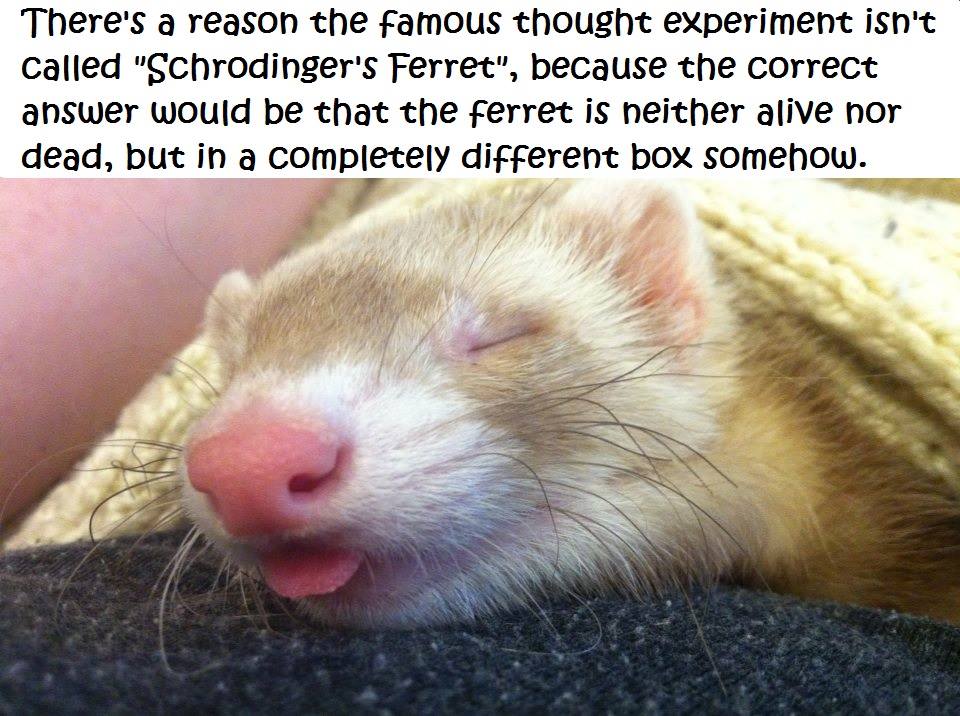 We quickly sealed that hole after that.

Best thing about having a ferret? The same as most other intelligent pets – you learn to connect with them and think like they do in a way, so you relate to them.  You know when they’re happy and playful, curious, bored, or just tired.  That bond makes any bad day better.

Any downside to having a ferret? While they do use litter like a cat you may find you need more than one litter tray – ferrets use the bathroom as a time to mark territory and so corners of rooms are prime locations. Every ferret is different, though. (Noah mentioned ferrets occasionally do their business in corners. So, much to his disgust, the heroine’s father finds a little surprise left for him!)

Noah’s ferret is named Adora Bella Dearheart (Dora), in reference to a Terry Pratchett character (though a slightly different name). 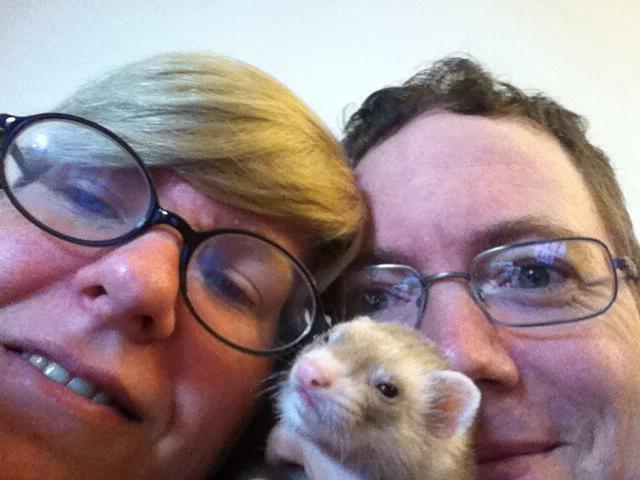 I’ve never met Noah (or Dora). Our contact is limited to email. (Noah’s and mine that is. I have no idea if Dora has an email account.) But I discovered that Noah is about ten years older than I thought he was based on his emails. He claims he’s a kid at heart. (And here I thought he was just slightly immature. Ha ha.)

Noah lives in Vancouver, Canada and in addition to being an editor, he is also a writer, and gamer.  Plus he’s biked across Canada, Japan and Northern Europe.