Family Therapy in The House of Dust, Part Three 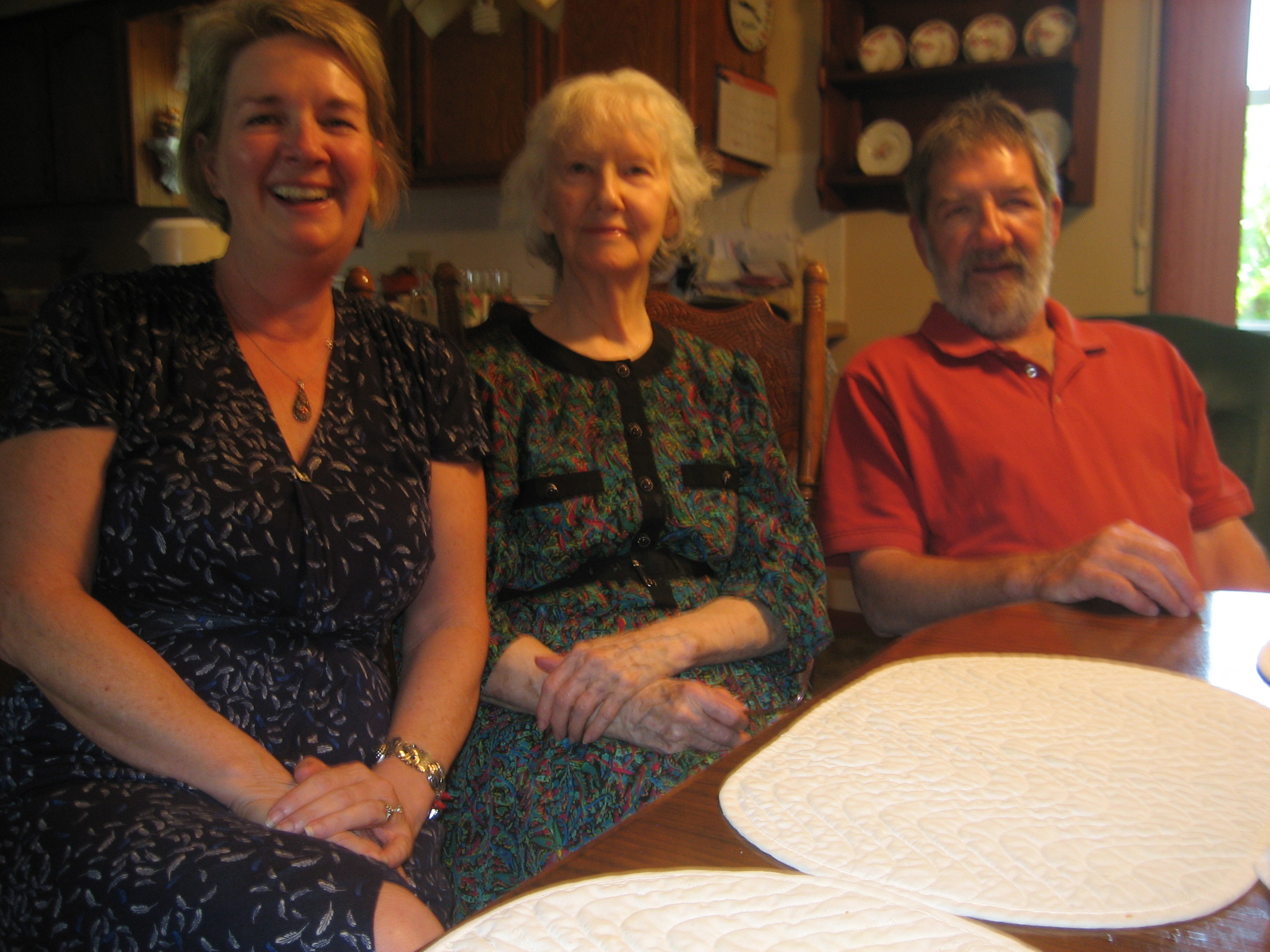 Mom launches into a reminiscence about her own parents.  Her mother had to get up every morning and make biscuits from scratch on an old wood cook stove.  My grandfather would sit on a straight-backed chair next to the stove and rock back and forth on the back legs and berate my grandmother the whole time she was cooking him breakfast.  He’d tell her she was no good and that she didn’t know anything.  He was mean to her, always running her down.  She’d just say, “Awww, Gus.”

While my mother is telling this story I am thinking why didn’t my grandmother just put down the spoon and tell my grandfather he could make his own damn breakfast.  But I know, of course, why she didn’t.  In that time, she couldn’t leave him and surely feared his wrath and repercussions if she defied him.  She had seven children, my mother being the youngest.  She couldn’t walk away no matter how he treated her.

I know from other stories I heard growing up that my grandfather who everyone called Augie was a mean s.o.b.  He farmed and he drank.  He was verbally and psychologically abusive to his wife but he never hit her.  He left her for another woman for a time, but then he came back and after that, according to my mother, they got along all right.

My mother says he wasn’t mean to her when she was growing up.  She tells of him giving her a ride to school in this little two-seater car he had, dropping her off before he went to the bar.  I know he refused to attend her high school graduation and her wedding.  He died when I was a toddler.  I barely remember him.

Steve asks her how old she thinks he is.  She studies him for a few minutes and hems and haws and then guesses, “Forty-five?”  He and I both laugh because she’s guessed fifteen years younger than he actually is.  “Fifty-nine,” he tells her and she can’t believe it.  He says, “How old do you think she is?” meaning me.  My mother turns to give me the same assessment she gave him and then guesses, “Forty?”  Again, fifteen years younger than I actually am.  She is amazed to be informed that she has children as old as we are.  Probably she is also surprised to learn that she is eighty-one.  She’d probably enjoy being seventy-nine again.

I go inside to the restroom and chat with the nurse on duty.  Earlier we asked her about my mother’s hair which is too long and doesn’t look very clean.  She has talked to another aide who told her even though my mother has a standing appointment to get her hair washed and set on Thursdays, often when she is reminded or they try to take her to the salon on premises she refuses to go.  It costs eight dollars to get her hair done at the facility.

When I go back outside I tell her rather sternly that she needs to get her hair done and when they come to get her she needs to go with them.  I can tell she doesn’t like me telling her what she should do.  I really don’t care.  I know when they’ve had problems with her before my aunt Maxine who is her older sister by eleven years speaks with her and then she becomes obedient.  I figure I will plant a seed in her head about getting her hair done and she will maybe remember it when it’s time for her appointment.

She tells me she can wash her hair and roll it herself.  I don’t believe this for a minute and ask her when she did that last.  I tell her maybe she could do this but I think she forgets to do it.

She says it’s too expensive to get her hair done.  I say it isn’t that much and you have the money (which she does).  She glares at me and says, “Who says I have money?”

Mom, I say, don’t you want your hair to look nice?  Don’t you want to have clean hair?  The next time the nurse tells you it’s time for your hair appointment you need to go.  She’ll think about it.

I’m exhausted and we need to leave.

When we get back to the house after we’ve discussed Mom’s situation for fifteen minutes on the ride back we are both ready to begin our nightly ritual.  I pour a glass of white zin over ice in a wine glass.  Steve makes his vodka and grapefruit juice with salt around the rim of the glass and we adjourn to the porch.  Steve cleaned off two chairs and the table out there the day we arrived.  Like everything else in the house they were covered with dust.

We sit and we drink and we talk.  Steve smokes and before long I start bumming cigarettes from him even though usually Marlboro Lights give me a headache.  I don’t care.  I’m tired and talking to Steve is like therapy.  Family therapy in the house of dust.

We’ve missed such big chunks of each other’s lives.  We have a lot of misconceptions about each other and what we’ve been through.  It is easy sitting there in the near dark to unload on someone who grew up in the same family with the same parents.  Steve is three years older than I am.  Kevin was a year younger than him.  Chris is three years younger than me.

Steve has memories of our parents that I don’t.  I know things about them that he doesn’t.  But many of our recollections and experiences correlate and we discuss their impact on us and our decisions as adults.

I don’t hold back.  There is no reason.  I don’t care if he knows all the ugliness and disappointment I have with my life.  We’ve both made life-altering mistakes.  We both have regrets.  We drink and we talk and talk and talk.  We analyze his marriage and mine.  We discuss our relationships: with each other, mine with my children, ours with our parents and our siblings.  We pause only for refills, bathroom breaks and to retrieve another pack of cigarettes.  I go to bed when I’m so exhausted I can’t say or listen to another word.

To be continued…look for Family Therapy in The House of Dust, Part Four coming soon.