I have spent the past week dithering. And reading books by authors who are not me.

You may have heard I spent months and months revising and rewriting White Roses in Winter, which is in complete rough draft form at 108k words. Figure most of my books run about 60k words and that gives you an idea of the length. A beta reader asked, “How much of this did you rewrite?” I think I rewrote the entire book because like a lot of my early manuscripts the first version of it was written before I knew how to write.

I figured I’d self-publish it because I have no agent and no publisher. But bolstered by that same beta reader’s comments, I’ve queried a couple of agents and am considering a couple of publishers who don’t require an agent for submission.

But even that is quite a bit of work. Putting together a package of what they each want. It varies just a little. I started writing a synopsis for one and thought what am I doing? I don’t want to write a synopsis! And further, I don’t have to!

I can do whatever I want and that’s my problem. Woulda coulda shoulda. My self-pubbing track record in terms of sales is lousy. But so was my books with a publisher track record in terms of sales. And yet, those who buy and read my books like them and come back and buy more. Just yesterday, someone who bought A Month From Miami wanted the other three in that series and came and bought the print copies from me to read over the summer. 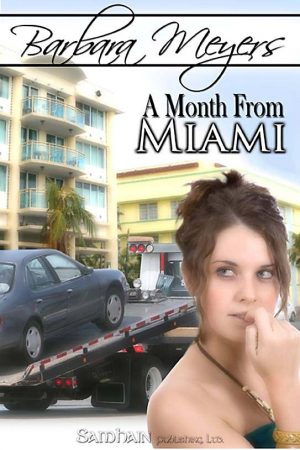 So it isn’t/has never been that my books aren’t enjoyed by readers. It’s that I’m lousy at finding readers who will enjoy them. And sadly, that’s what agents and publishers want. Proof that your books will sell before they’ll take a chance on representing them or publishing them.

But God? He is not concerned about my sales numbers. The only thing He cares about is that I’m using the talent and ability He gave me in the best way I can. Without His encouragement and inspiration I’d have given up a long time ago. God has always been and always will be there for me even when agents, publishers and large numbers of readers may not be. Thanks, God!

“The world is not against you. Nor is the world on your side. The world just doesn’t care.” –Thomas Hardy