Home editing BARB’S SIX RULES OF REWRITING: How I Wrote FANTASY MAN and Got It Published

BARB’S SIX RULES OF REWRITING: How I Wrote FANTASY MAN and Got It Published

Maybe I should be embarrassed to admit that I started this book over twenty years ago. But I’m not. I didn’t date anything when I first started writing it, so I’m not exactly certain of the date, but it was the mid-nineties. I have a copy of a Parade magazine dated February 25, 1996 in my file. I kept it because John Gotti was on the cover and the connected article asked, “Who Is The Mob Today?” 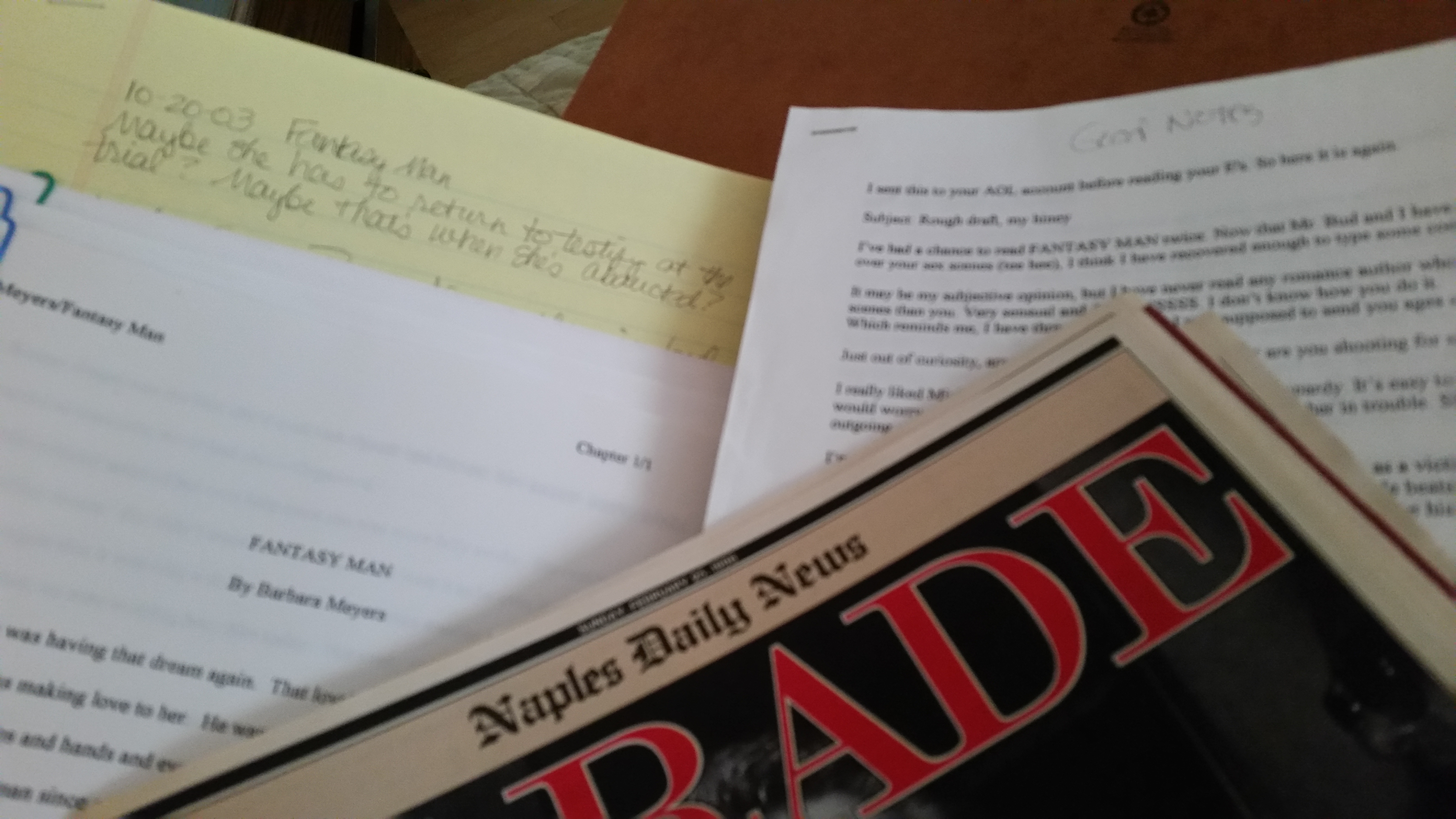 Rule Number One: Date everything and keep everything.

Sub-Rule Number One: Back up everything and when technology changes, back it up again.

A lot of the original manuscript is handwritten on legal pads. The original title was Mike’s Love. Because the heroine’s name was Michelle, but she was a tomboy called Mike by her older brother Tony. Tony’s best friend, the hero of the book, was named Shane. (Gag me.) Tony got to keep his name. He turned into Tony Fontana, a name I lifted from one of my son’s friends.

I have more handwritten notes dating from 2003, 2004 and 2009. An excellent but undated critique from my writer friend Sandy which I kept because she outlined the problems she saw with the manuscript and made suggestions. Some of her encouraging comments: “I love your set-up…It may be my subjective opinion, but I have never read any romance author who writes better sex scenes than you.” And the problems as she saw them: “You have two separate stories going on here…Your romantic conflict is resolved before it gets started.” Sandy is the one who also sent me Debra Dixon’s book, GOAL, MOTIVATION AND CONFLICT. Because for a long time, even though I was writing steadily, I truly did not understand these essentials of a good story. 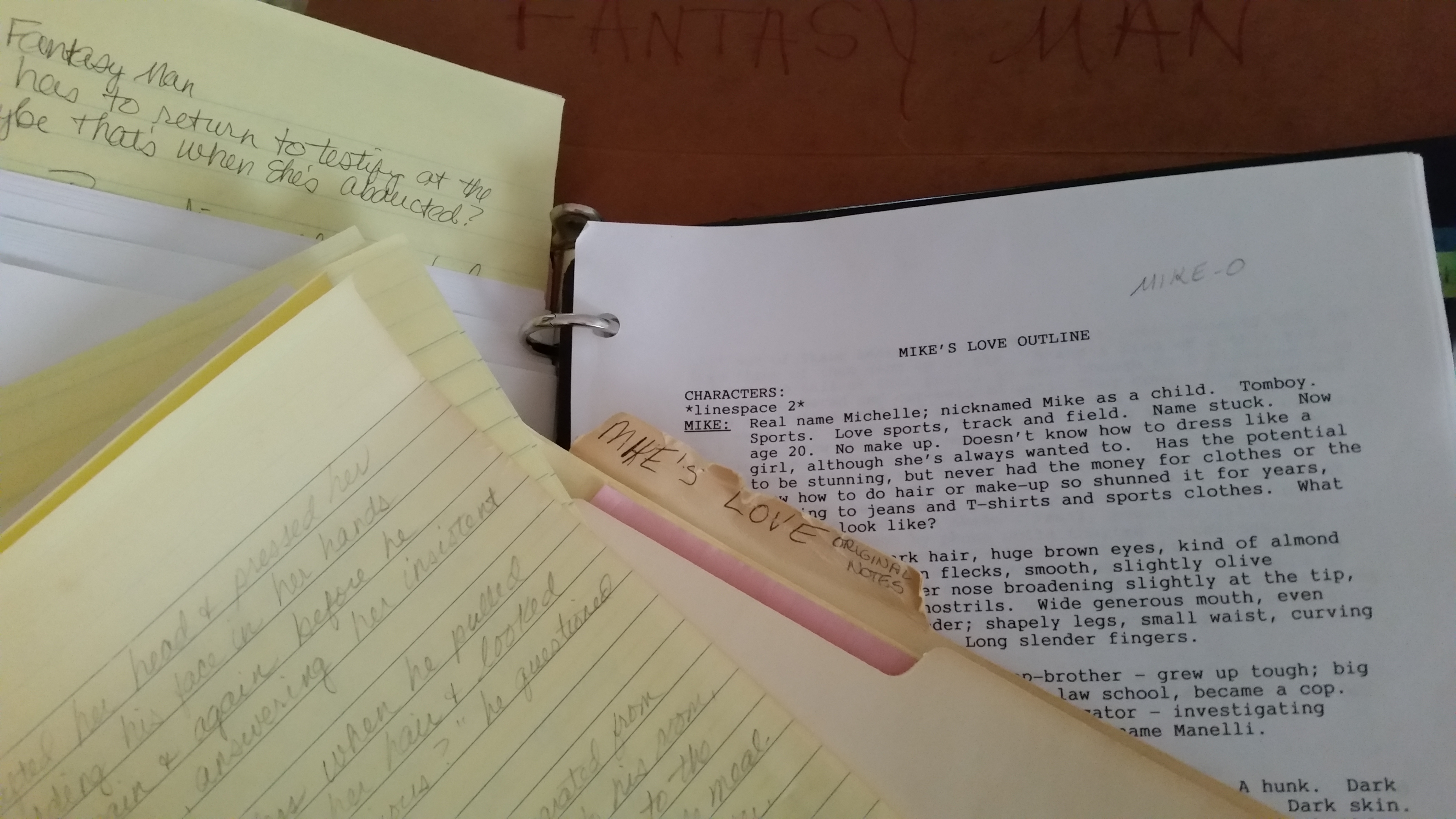 I never give up on a manuscript. You can take that to the bank. I have proven to myself and to my publisher, that my early ideas worked. The execution, however, took time. A MONTH FROM MIAMI and NOBODY’S FOOL were both “manuscripts under the bed.” They both sold ten or so years after I started them.

Rule Number Two: Never give up on a story idea you believe in. 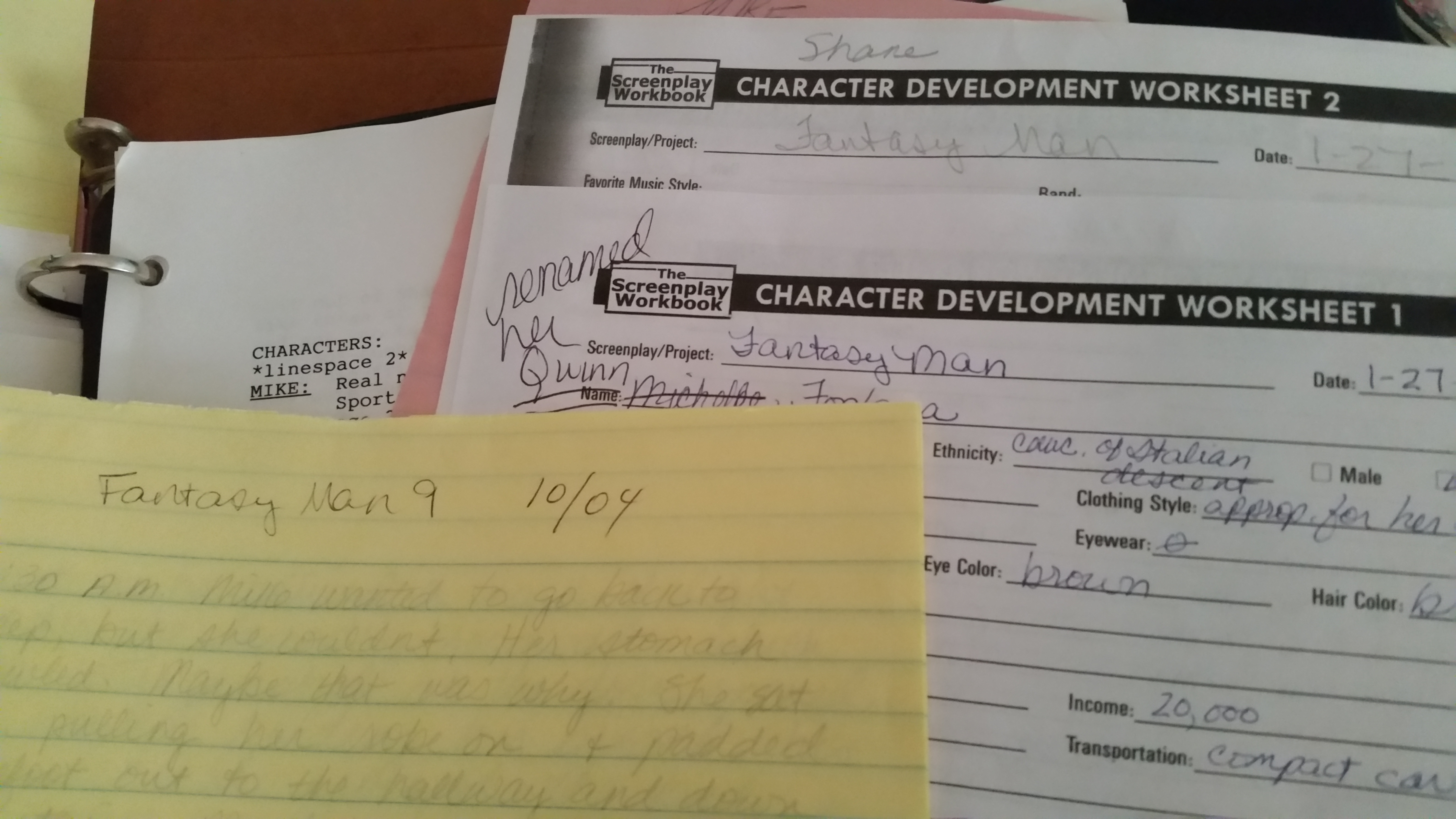 FANTASY MAN went through several metamorphoses along the way, but the original idea stayed the same as does the opening scene. One of the big things I did was change the names of the protaganists. My friend Nick has a sister named Quinn, although she spells it differently. I wanted something different for the hero. He was never a “Shane.” I Googled baby names and played around with them and can’t quite recall the process, but the name Reif fit him.

Rule Number Three: If something’s not working in your story, it might be the names of your characters.

I kept working on FANTASY MAN and I submitted it to the same editor at the same time I sent him NOBODY’S FOOL. He turned FANTASY MAN down but he kindly explained what didn’t work for him. He didn’t ask me to revise and resubmit, but I revised anyway based on his suggestions (because he was right) and asked him if he wanted to see it again. If he said no, I planned to send it elsewhere. Because I was confident I could sell it.

He looked at the revised synopsis and offered a contract.

Rule Number Four: If an editor is generous enough to tell you why a submission didn’t work for him, use that information to improve your manuscript.

Rule Number Five: Give that editor an opportunity to look at the revised manuscript (realizing he may not want to). Also realize that same editor may regret offering you a contract!

My editor at Samhain Publishing is Noah Chinn. I think he was surprised at how much work was left to be done on FANTASY MAN, since he offered a contract based on the revised synopsis. But since he hadn’t offered a revise and resubmit to begin with, he put his head down and went to work. I ended up with nine pages of notes about what needed to be done on the first round of edits.

This was discouraging. I’d lost count of how many times I had pulled this one out from under the bed and worked on it at this point. Now I realized I’d have to rewrite about a third of the book. But a writer’s gotta do what a writer’s gotta do. So I put my head down and went to work. For a solid week, my every waking available moment was spent on revisions. Until I just couldn’t look at it any more. To make matters worse, some of the track changes did not come through for me, so I was looking at sections where Noah had made suggested changes with no idea how they got there or what had been changed.

Second round edits went more smoothly, but there was still a lot that needed work, including the ending.

During the editing process I repeated my mantra which I lifted from a Writer’s Digest article years ago: “Want-to-be writers admit defeat easily. Successful writers never give up.”

Rule Number Six: When you find a good editor who is willing to work to make your book the best it can be LISTEN TO HIM and thank your lucky stars he found you.