I signed the contract for another book with Samhain Publishing. This is the fourth book with them. I have a new editor. His name is Noah Chin. I sent him two manuscripts, one he liked and one he didn’t like so much. The one he liked is called NOBODY’S FOOL. It was inspired by my son’s high school BFF relationship with a girl. The first time he brought her home I thought they’d be perfect together. It’s rare to see such obvious chemistry between two people, but it was there. They were so cute together. (They still are.) She teased him and challenged him. They were both probably too smart for their own good and were always good-naturedly trying to outdo and one-up each other. They never dated in high school but did so later. Twice. Technically, three times but the third time’s the charm and they are now engaged. We call it Matt & Erin Version 3.0.

NOBODY’S FOOL is in no way the story of my son and his fiancée. I only took the best friend idea a little further and combined it with some elements of what they went through in order to get together years after their first meeting. My tag line for NOBODY’S FOOL is “She came home to make amends; he returned to seek revenge. The heart he breaks might be his own.”

When you read it just remember the story was INSPIRED by real people but it’s NOT BASED ON THEM! Sometimes I think I had to wait to see what happened with their relationship before I could finish my manuscript.

Release is slated for January 2015. Stay tuned for cover art.

I released MISCONCEIVE all by myself. 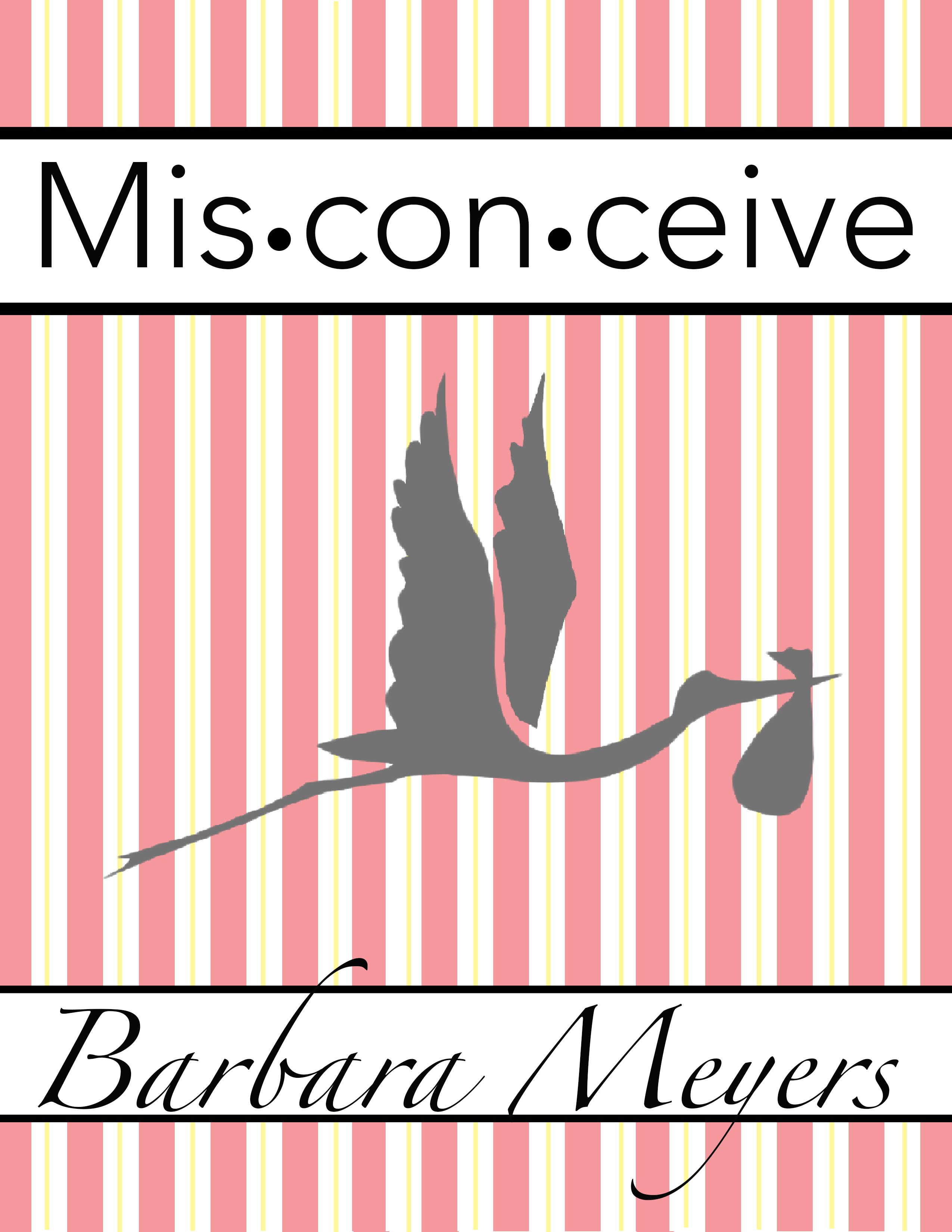 Another story I started a long time ago. I keep taking my manuscripts out every now and again, blow the dust off them and work on them some more. This is NOT a romance per se. More in the category of women’s fiction. PG-13 rating. The answer to the question what does Annie Langdon do when her husband is in a coma and she gets pregnant by another man? It’s available only on Amazon and only in Kindle format right now. http://www.amazon.com/Misconceive-Barbara-Meyers-ebook/dp/B00MKCJPQQ/ref=sr_1_1?ie=UTF8&qid=1408277312&sr=8-1&keywords=misconceive

Meanwhile, I’m rewriting FANTASY MAN based on Noah’s comments about why he rejected it. I don’t know if it’s salvageable, but I’m not ready to give up on it yet. I’ve started a new romantic comedy, CLEO’S WEB. (If you flip back through my previous blogs you’ll find the first chapter.)

I did a seminar for Coffee Time Romance about how to AVOID publication success. You can find that here:http://www.coffeetimeromance.com/board/forumdisplay.php?f=2093

Pretty soon I’ll be heading to Missouri to visit my mom and assorted relations. There might be another series of posts about this year’s trip. In October I’ll be in St. Pete Beach for the Novelists, Inc. conference. www.ninc.com

Anything else you’re looking for you can find links to on my web site www.barbarameyers.com
Follow my infrequent posts on Twitter @barbmeyers and @ajtillock
Thanks for your interest!