A Man Who Won't Dance

Notice I didn’t say a man who can’t dance.  Or one who thinks he can’t dance.  According to my husband the majority of them think that.  He claims most men don’t like to dance.  He says he isn’t good at it and he looks like a dork doing it.   And everyone is looking at him and thinking “what a dork.”  i.e. he doesn’t like to dance.

He also claims that all those old movies depicting historic times when there were balls where men were not only expected to dance the waltz or minuet with women but did it willingly?  It never happened. 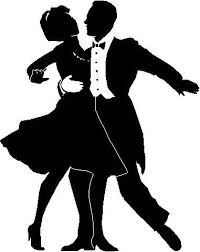 Don’t try to apply female logic to this situation.  You can’t convince a man that everyone is not looking at him and not thinking he’s a dork on the dance floor.  He will always believe that they are and that they’re right.  You can’t tell him to get over himself.  No one’s looking at him and no one really cares as long as he remains upright and moves around the floor a bit.  He won’t believe it.  Basically, the fragile male ego is not strong enough to deal with dancing.  It’s got too much else battering against it on any given day.  Dancing in a venue where anyone can see and might be secretly mocking him?  Not going to happen.

So what’s a woman to do if her man won’t dance?  She could try negotiating an agreement before the evening begins.  Three slow songs and one fast and he’s done.  Oh, spontaneity where did you go? 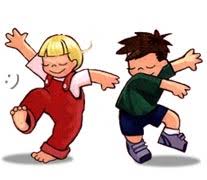 I think dance lessons should be mandatory for all male children.  Maybe if they started young enough they wouldn’t feel so self-conscious about it.  They’d also learn how to do it, at least enough rudimentary steps that they wouldn’t look as foolish as they think everyone else thinks they do.  (Men, trust me.  No one is looking at you.  They’re all too concerned about their own performance and whether anyone is looking at them.)

Bottom line?  A woman doesn’t really care if you are a good dancer.  What she cares about is that you care enough about her to dance with her.  Even if you’re bad at.  Even if you think you’re bad at it.  Even if it makes you uncomfortable and self-conscious.  The fact that you were willing to get over yourself for a short period of time to do something that makes her happy?  That’s what she’ll love about you.  That’s what she’ll brag to her friends about.  That’s what will make her the envy of other women.  And the fact that you figured out how to make your woman happy?  That’s what will make you the envy of other men.  Even if you are a dork.